The engagement season is a unique time and one of the most special moments that a couple will have. Time flies and before you know it the big wedding day will be here. Evan and Ellie wanted to make the most of their engagement and commemorate the special time with professional engagement photos. The team here at J&J Studios was able to take the couple’s Philadelphia Art Museum engagement concept and produce stunning visuals that they’ll cherish forever. 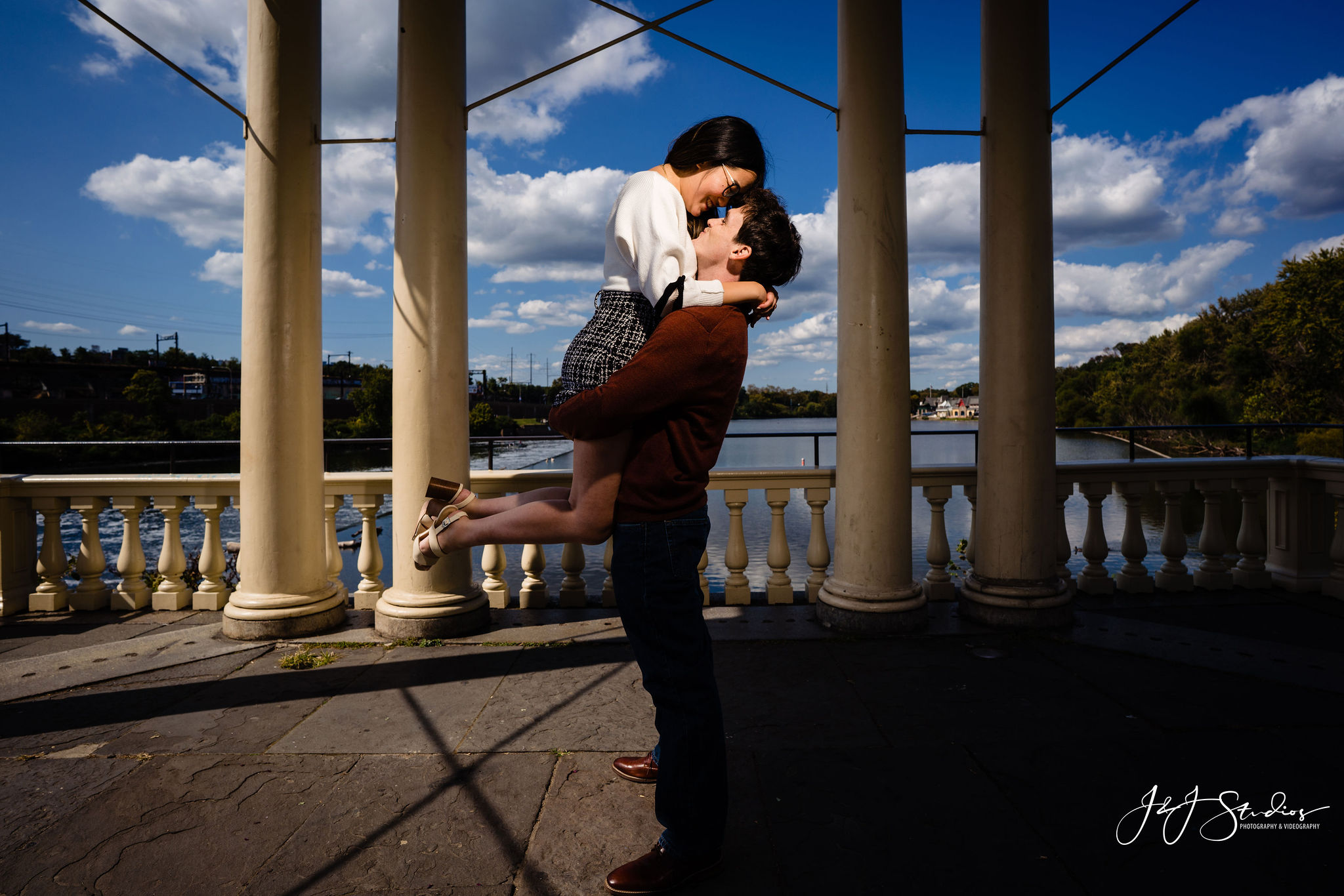 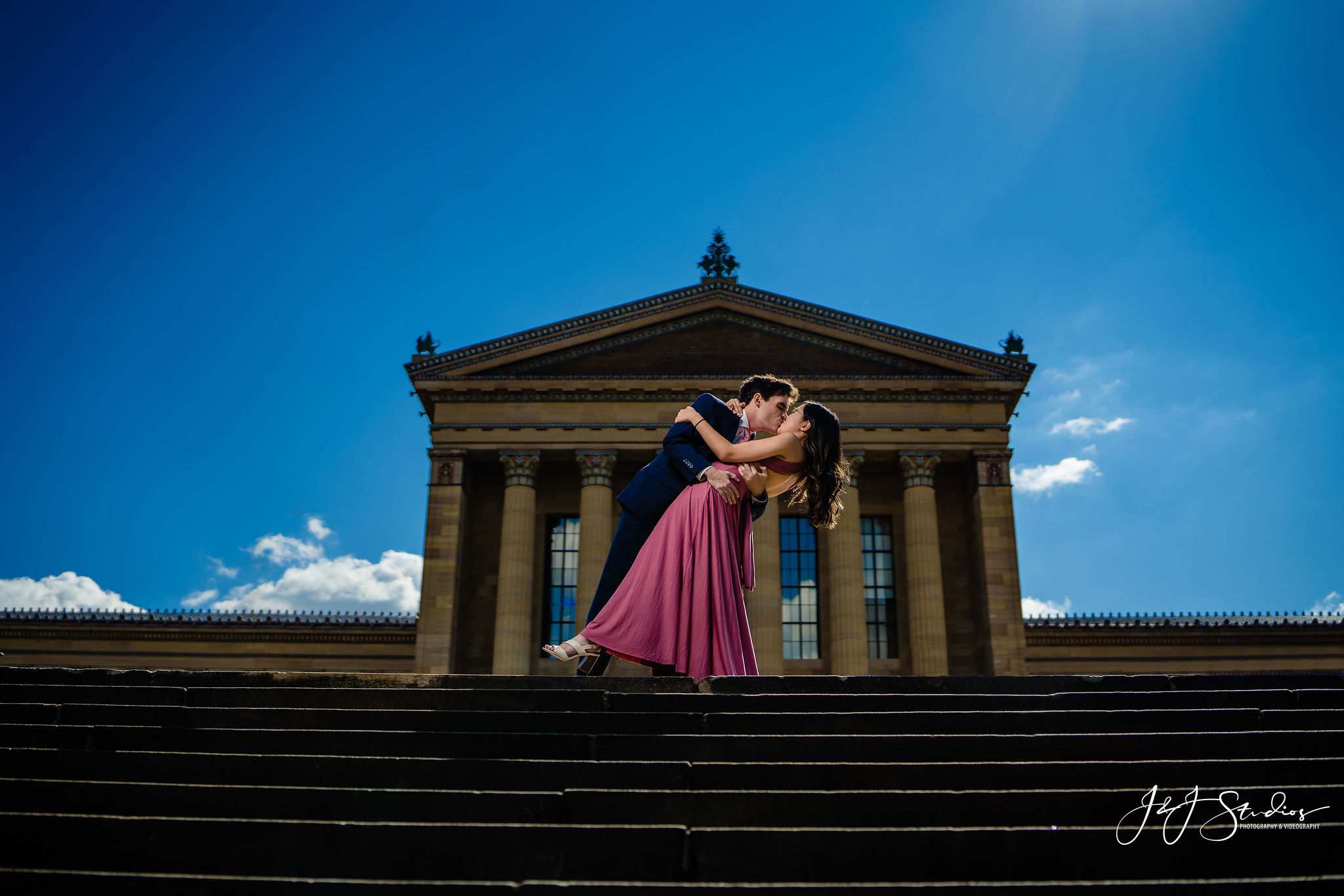 Evan and Ellie’s love story is a testament that when two people are meant together they will always find each other. Interestingly, they both went to high school together. However, it wasn’t until years later after they graduated when they had the chance to officially meet and get to know each other. They met in Manayunk which is a small town in Pennsylvania Philadelphia.

They both realized that they had so many things in common. As big foodies, together they enjoy trying different tasty dishes. It’s those cozy nights watching their favorite television shows and taking long weekend drives that allowed the couple to develop an unbreakable bond.

After dating four years of dating, Evan decided to pop the big question and the couple was officially engaged in January of this year.  He wanted his proposal to be a moment that they would remember and cherish for many years to come. So he decorated the house that they shared with balloons, colorful streamers, and lit candles. Evan proposed to her right there in their home. When she said yes, he revealed that he had thrown her surprise party next door at the neighbor’s house where all their friends and family waited. Ellie described it as one of the most romantic things that anyone had ever done for her. 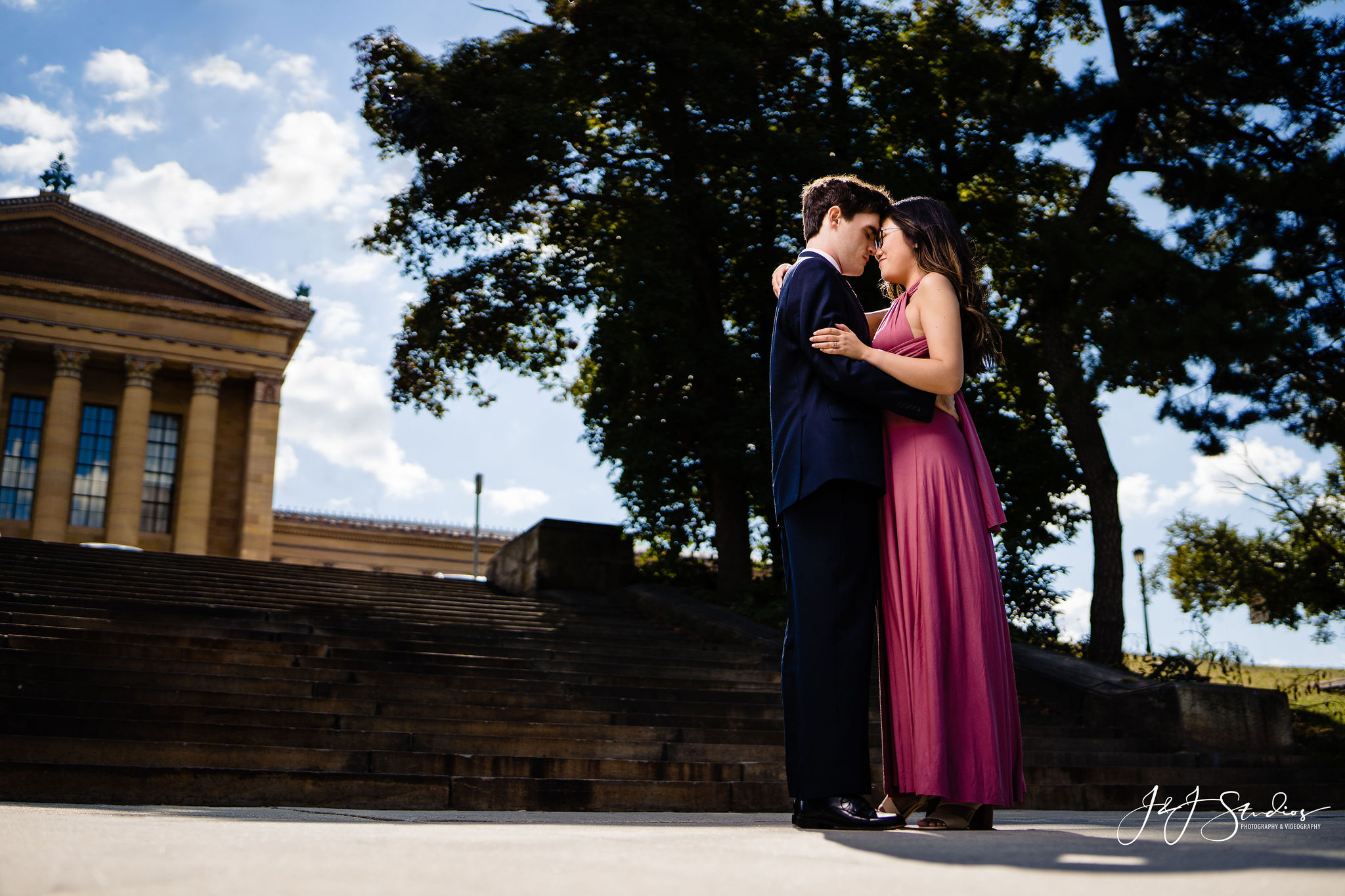 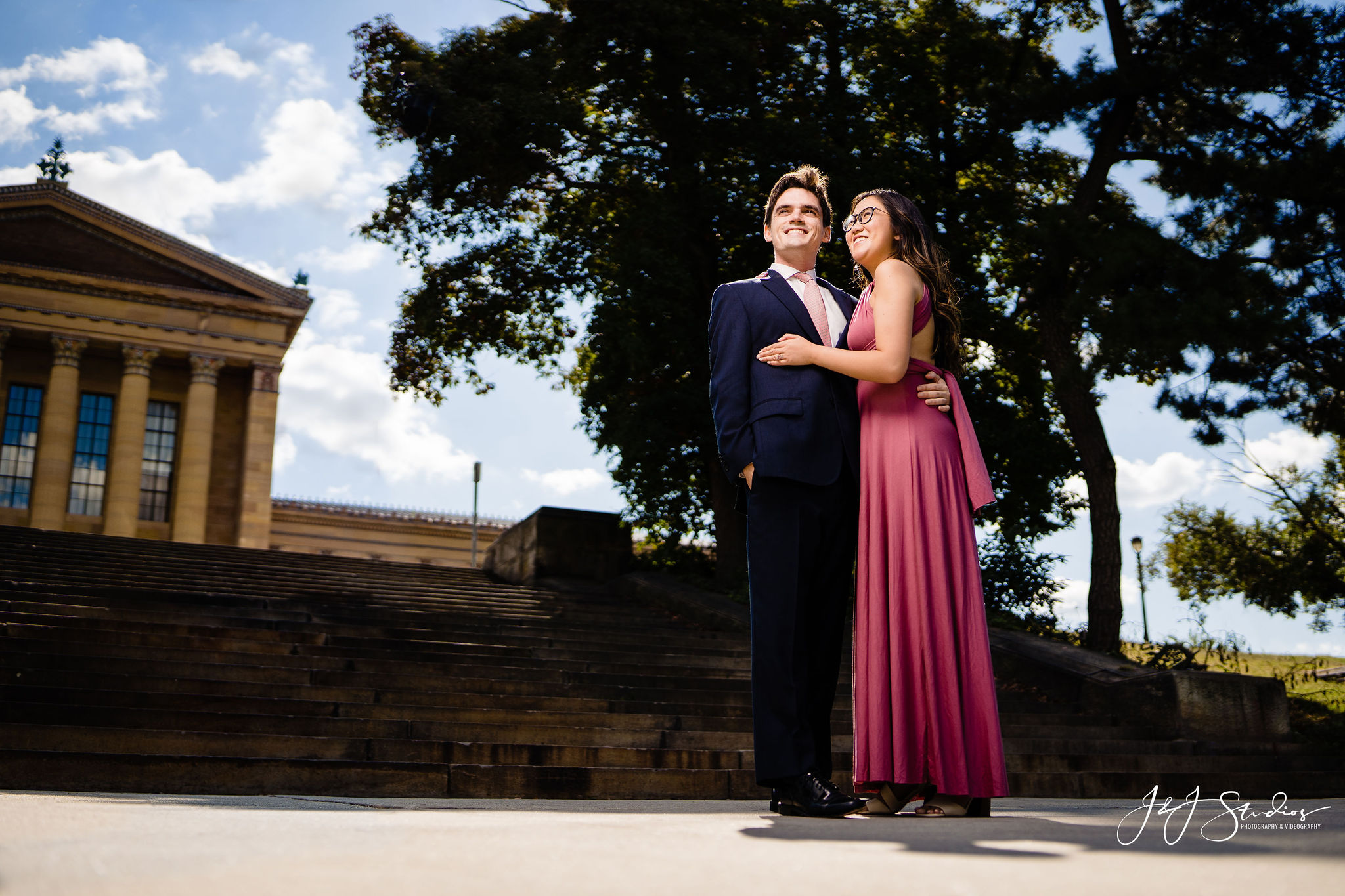 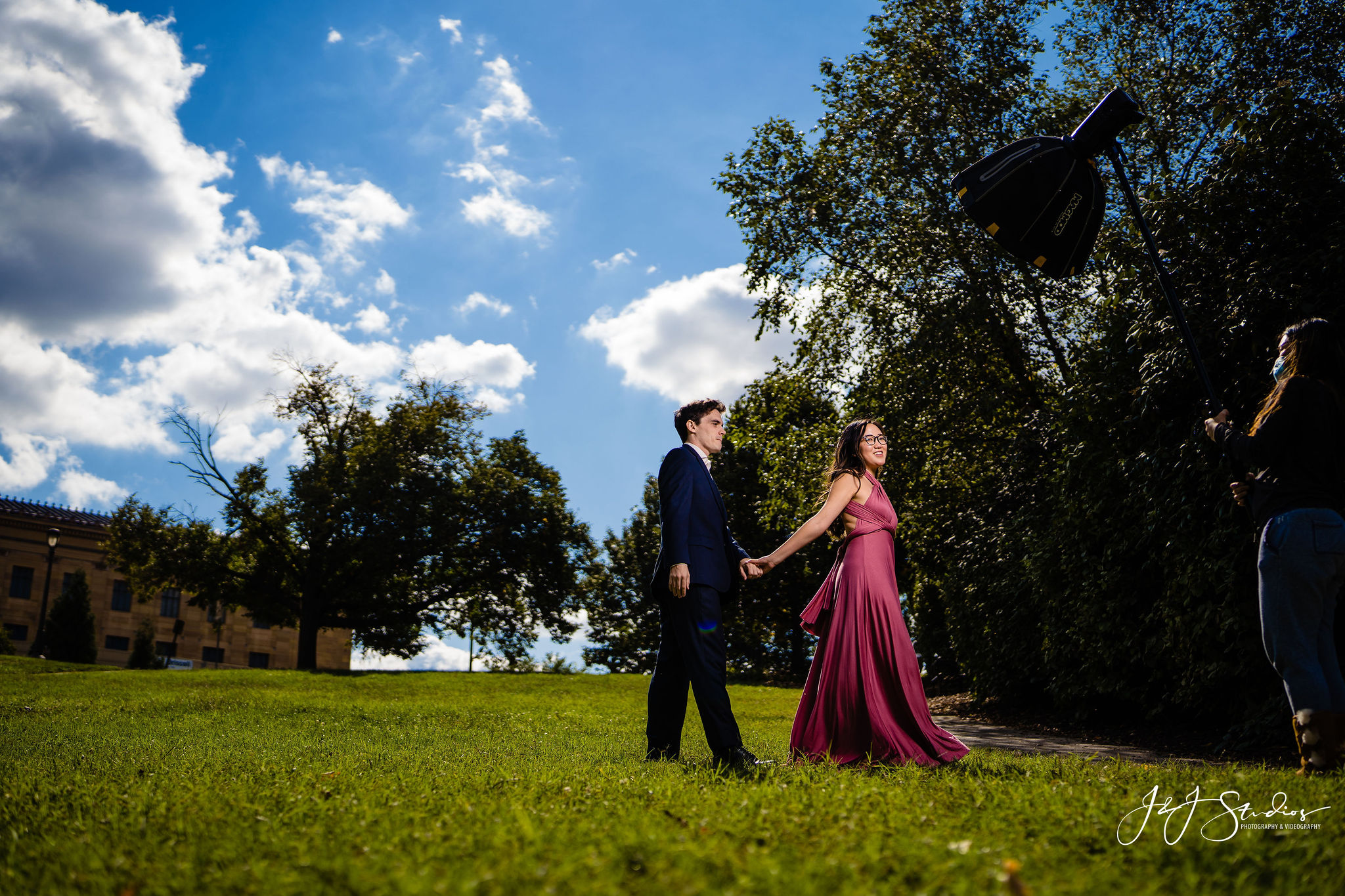 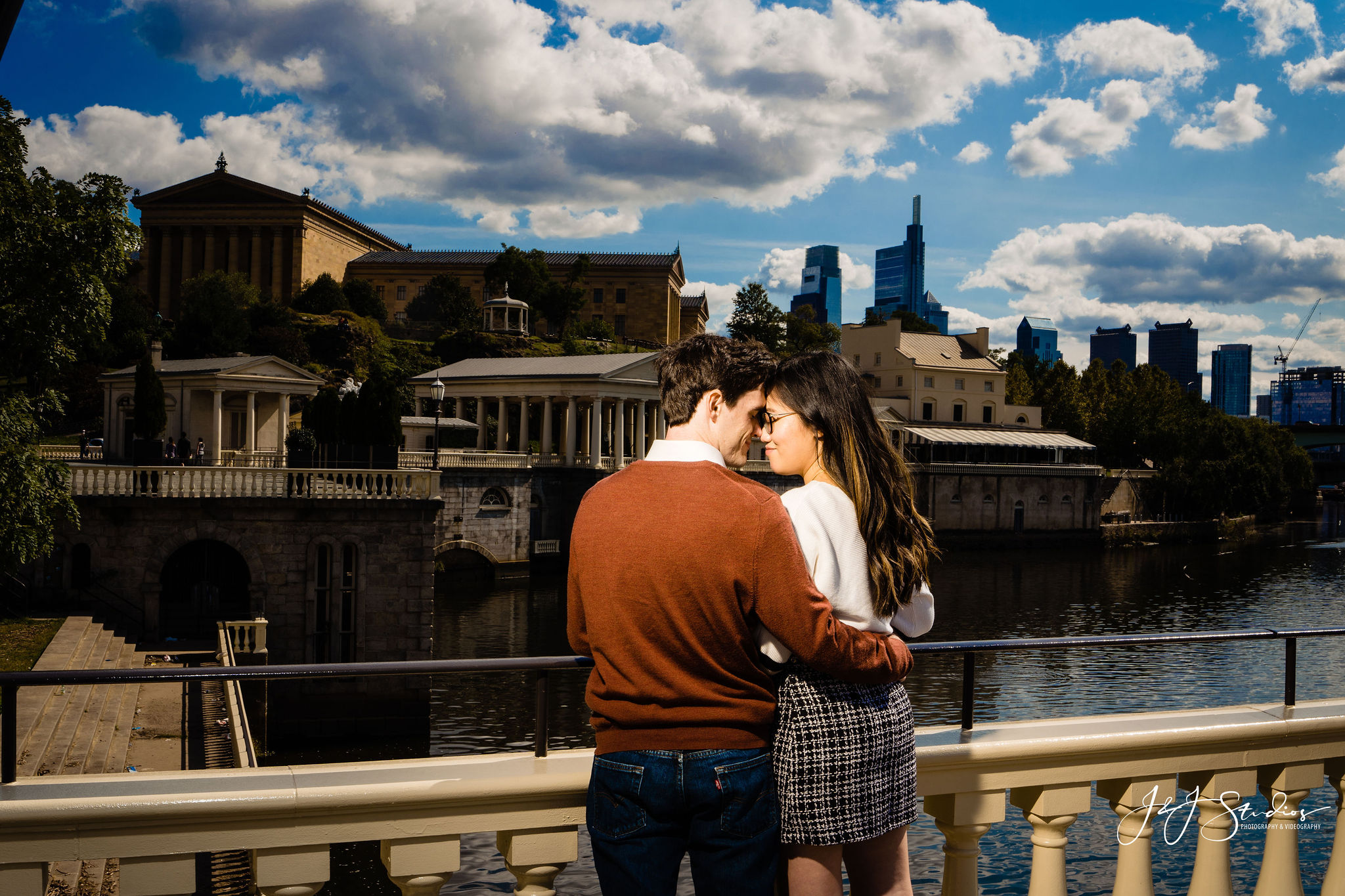 Ellie and Evan visited the Philadelphia Art Museum on one of their first few dates. “I remember we just happened to see a wedding ceremony taking place at the WaterWorks. We sat and watched the ceremony for a while and talked about what we each wanted in our dream wedding,” Ellie recalled. They spent the rest of the date, exploring the Fairmount grounds and having fun together. 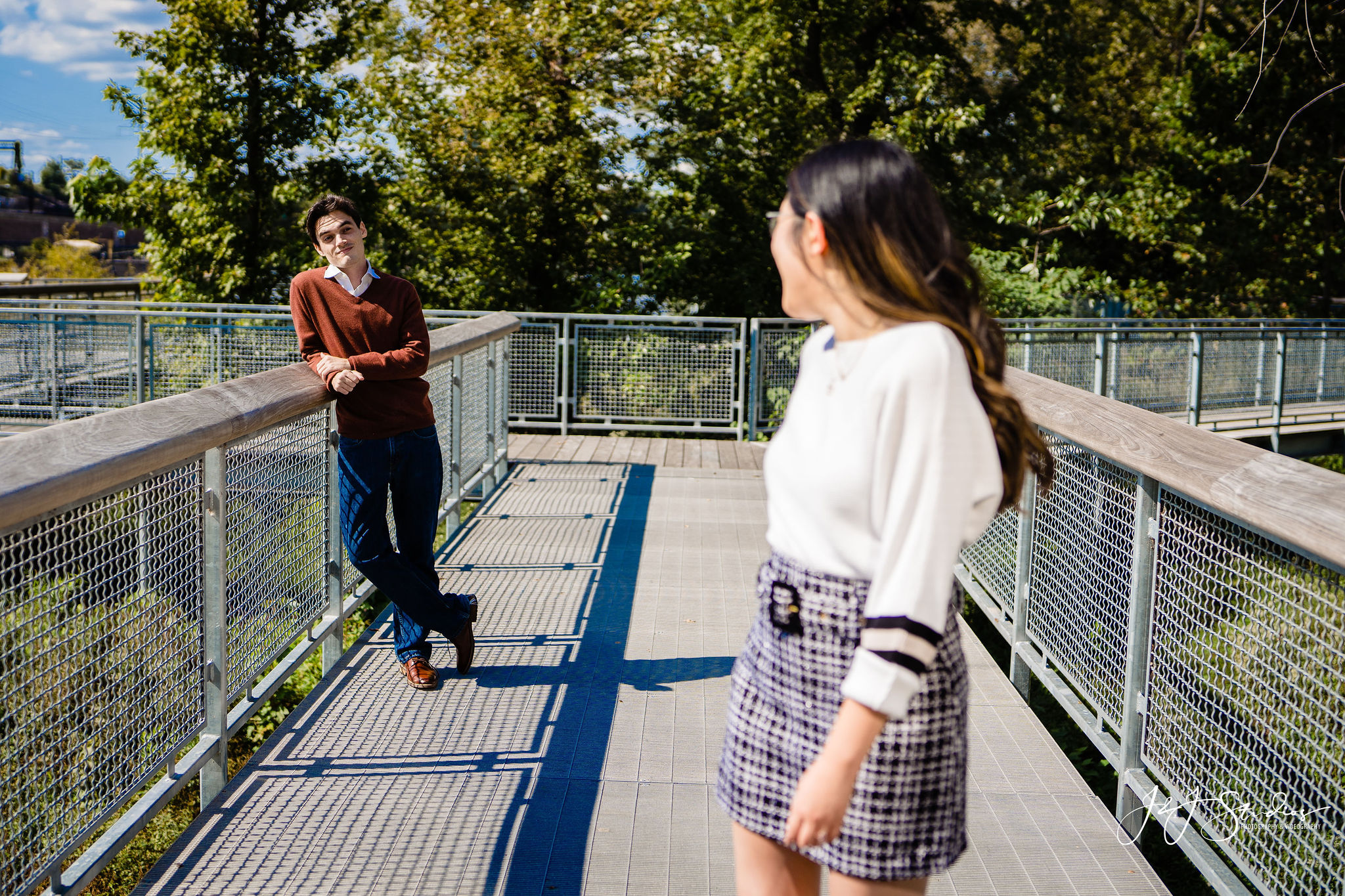 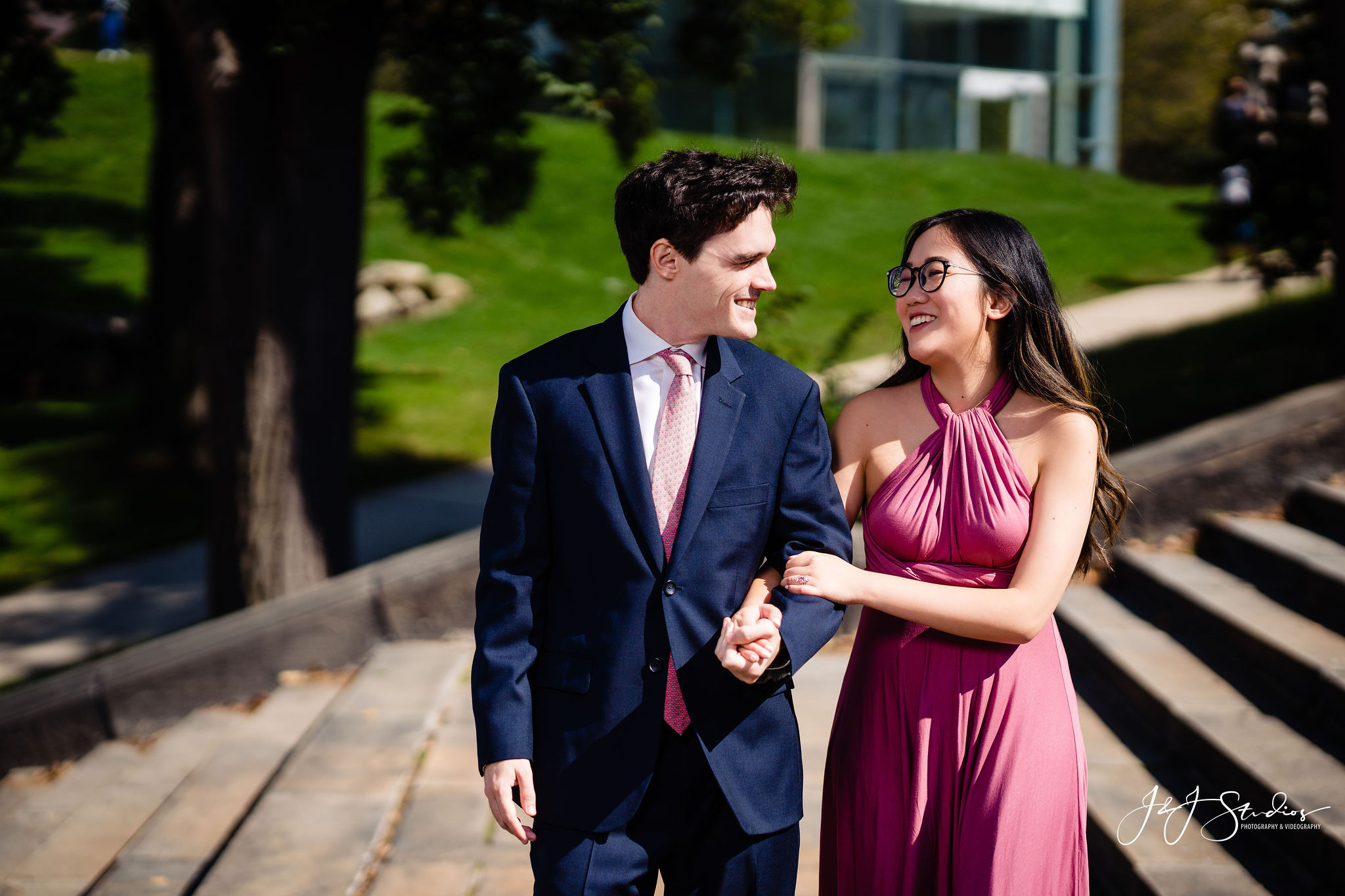 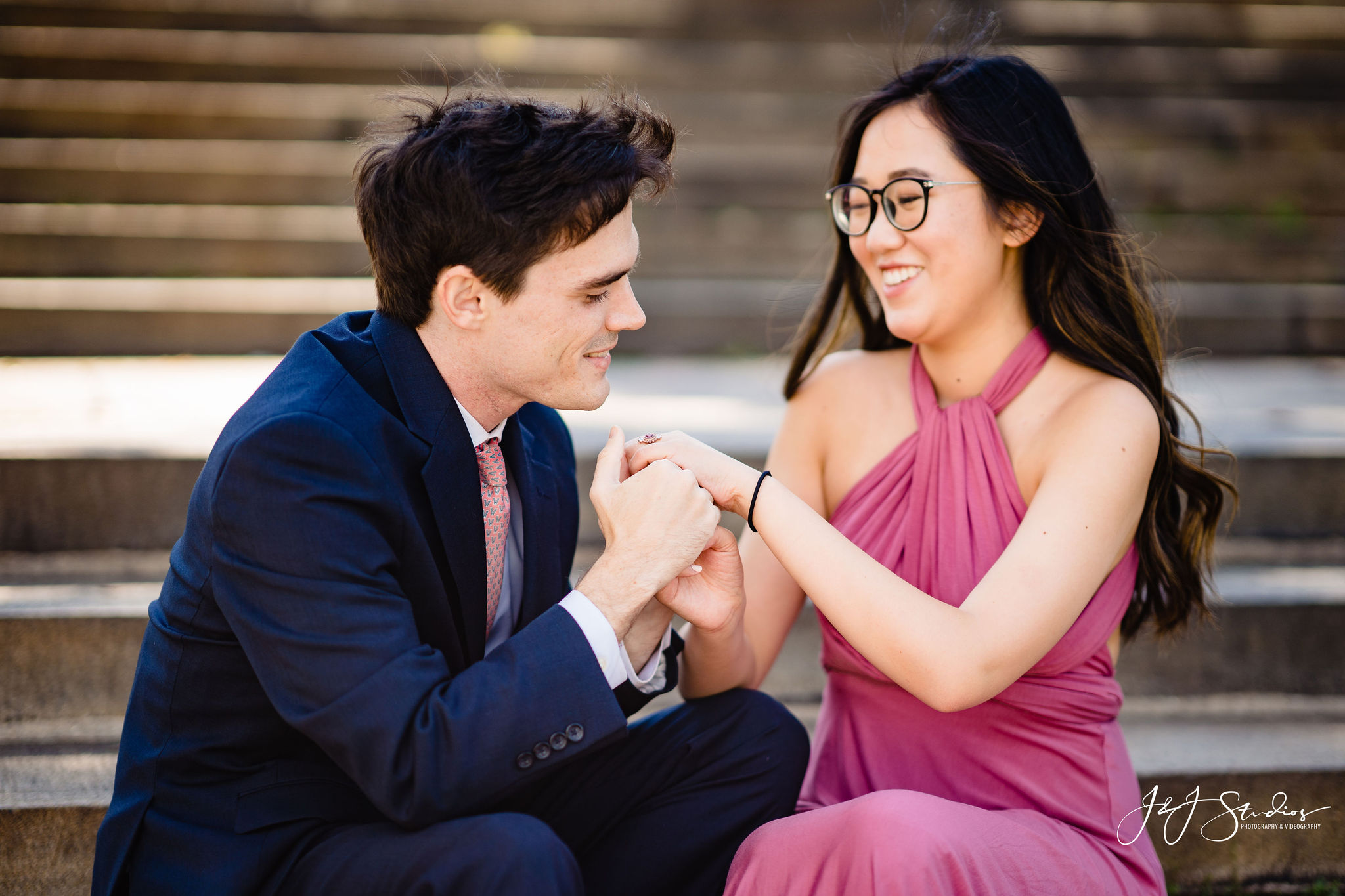 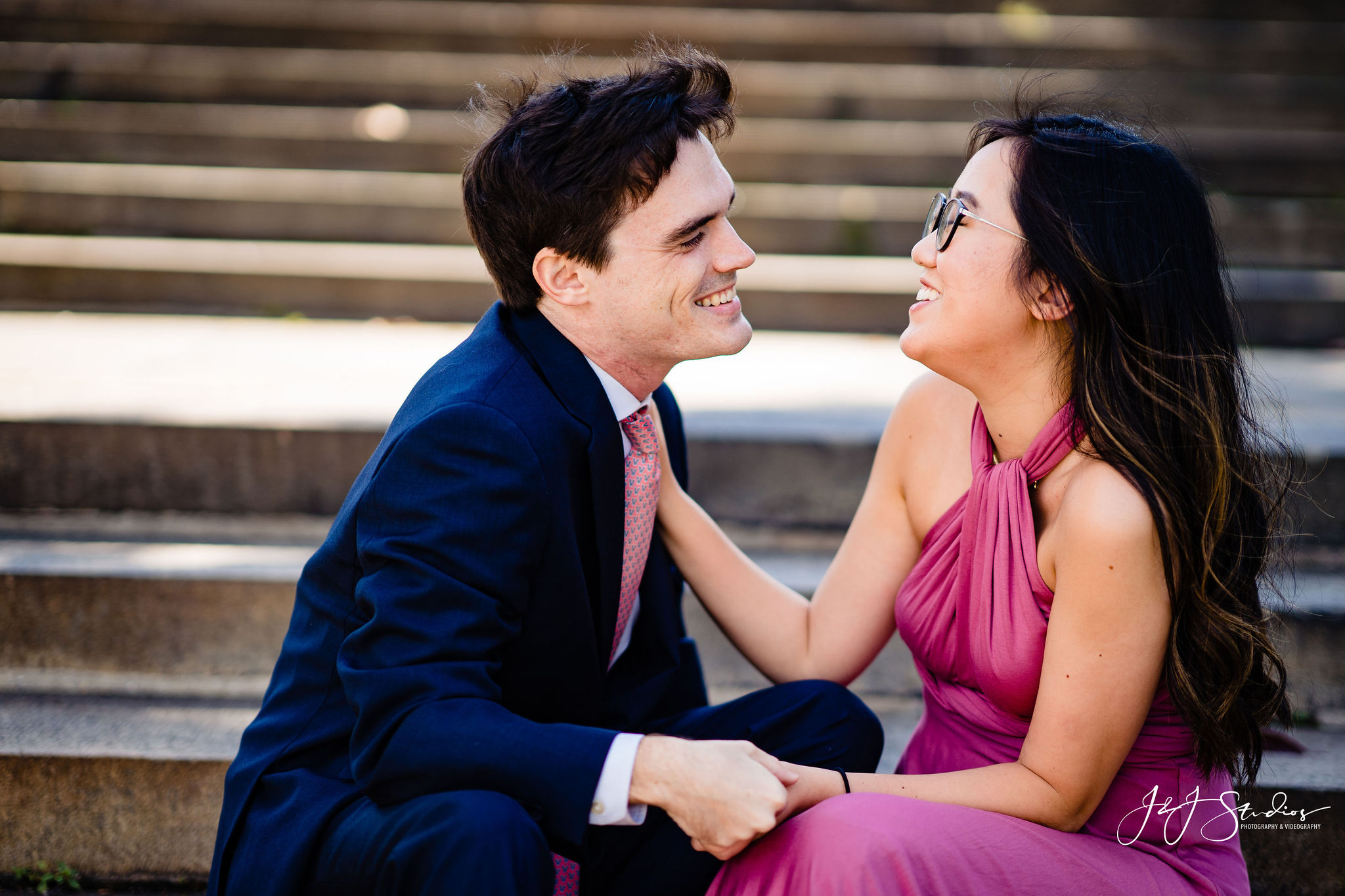 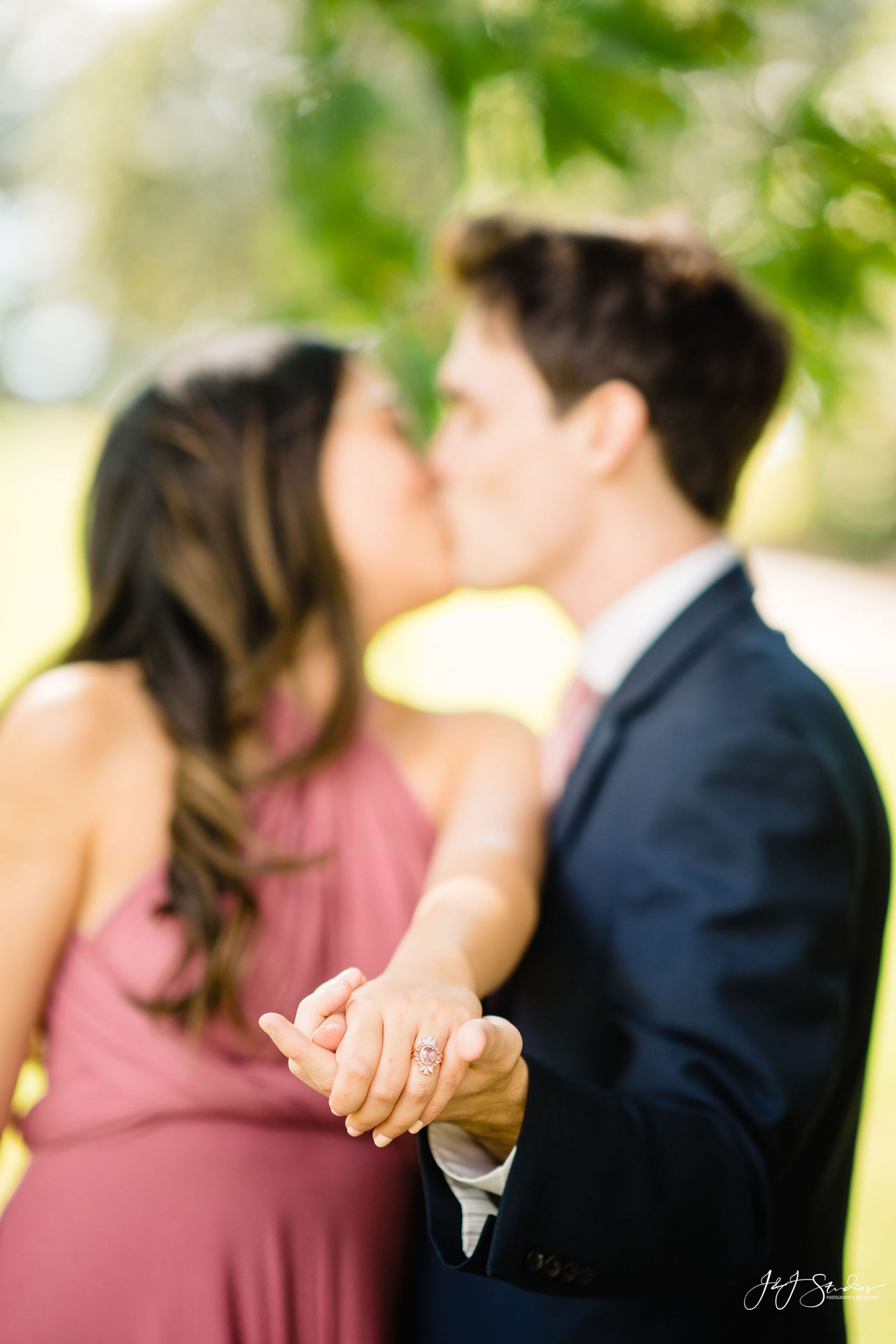 Our team wanted to make this shoot special for Ellie and Evan. We captured pictures of the beautiful couple all over the grounds of the Fairmount and incorporated architectural elements of the art museum. 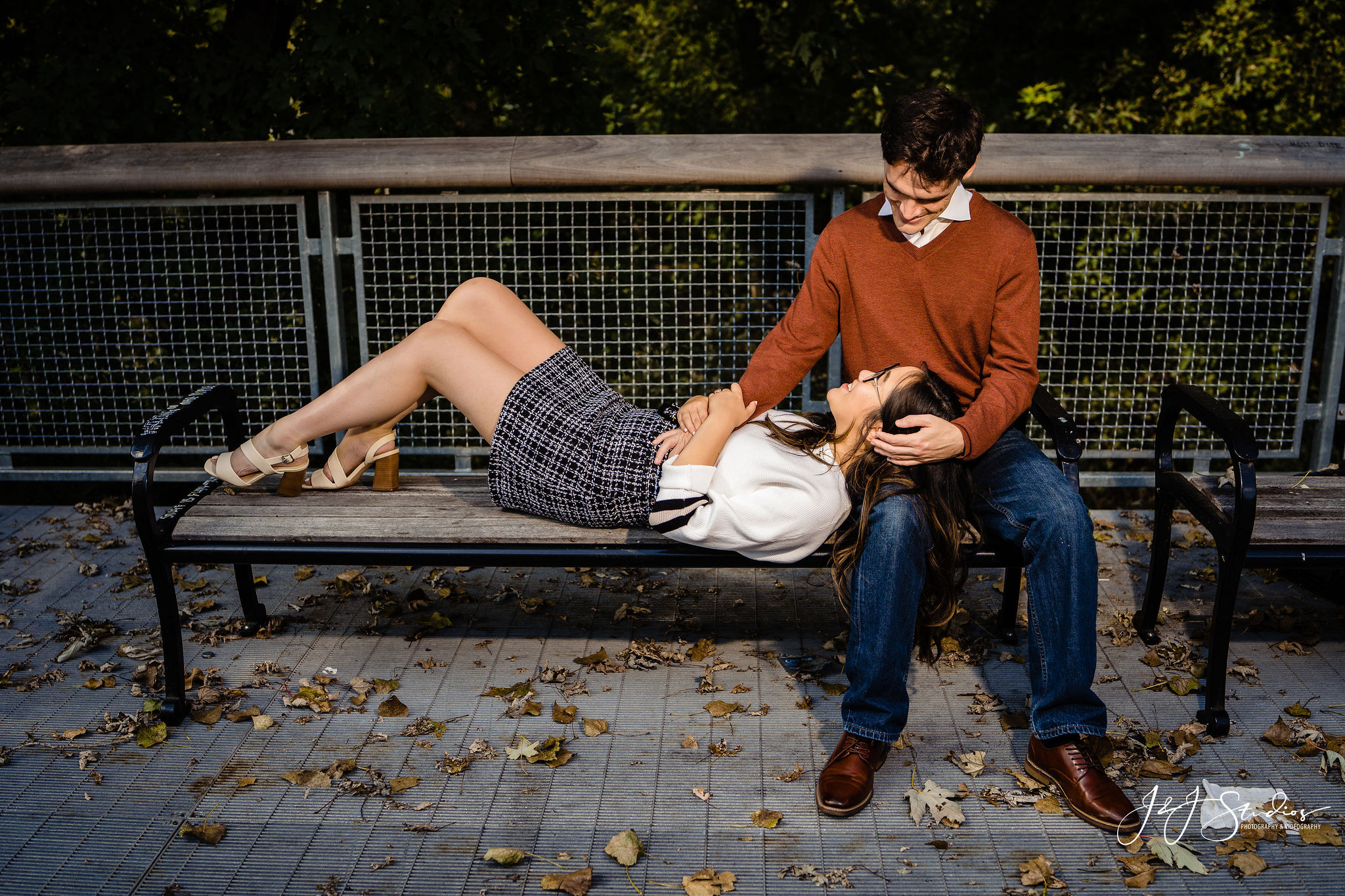 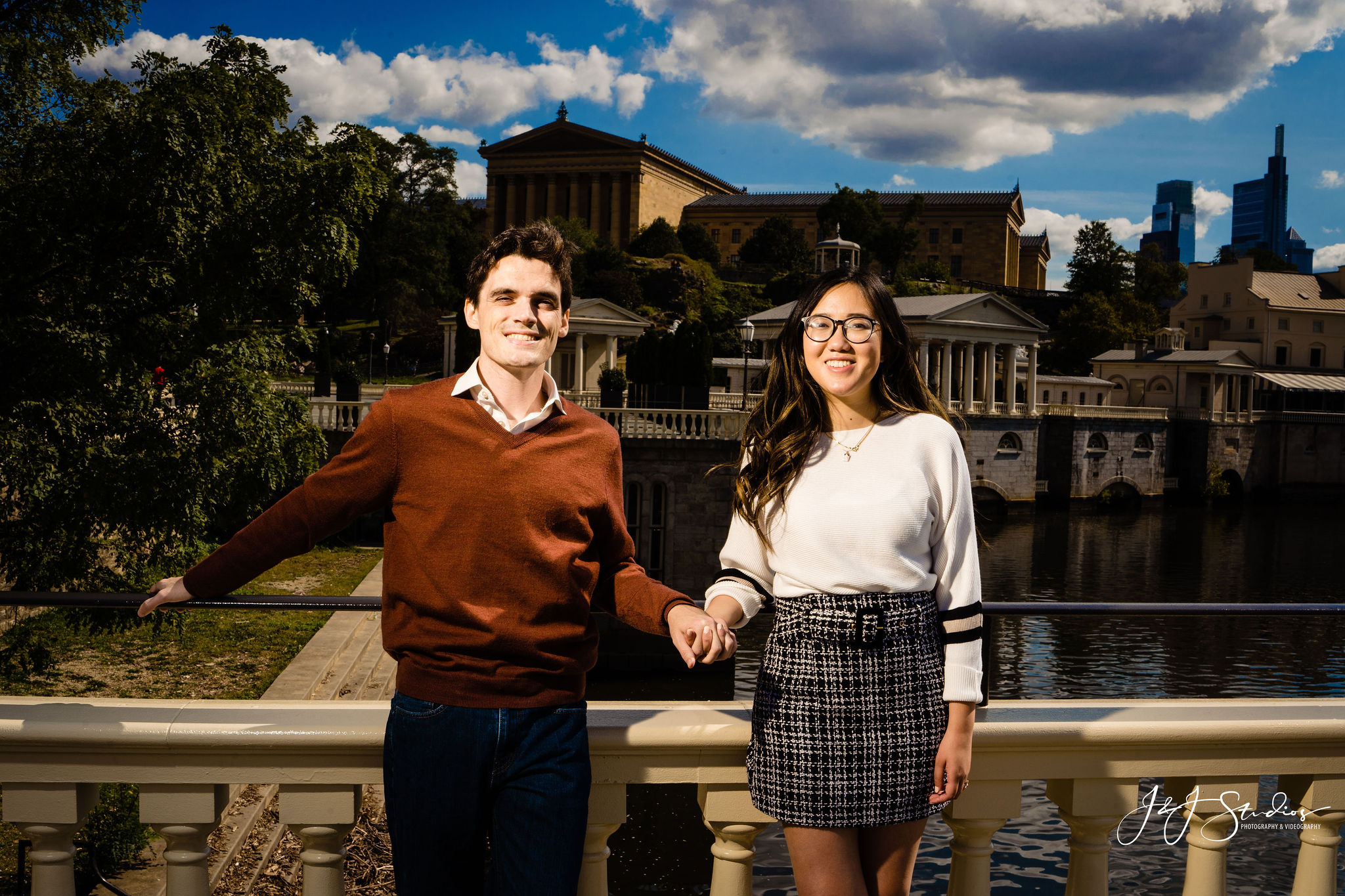 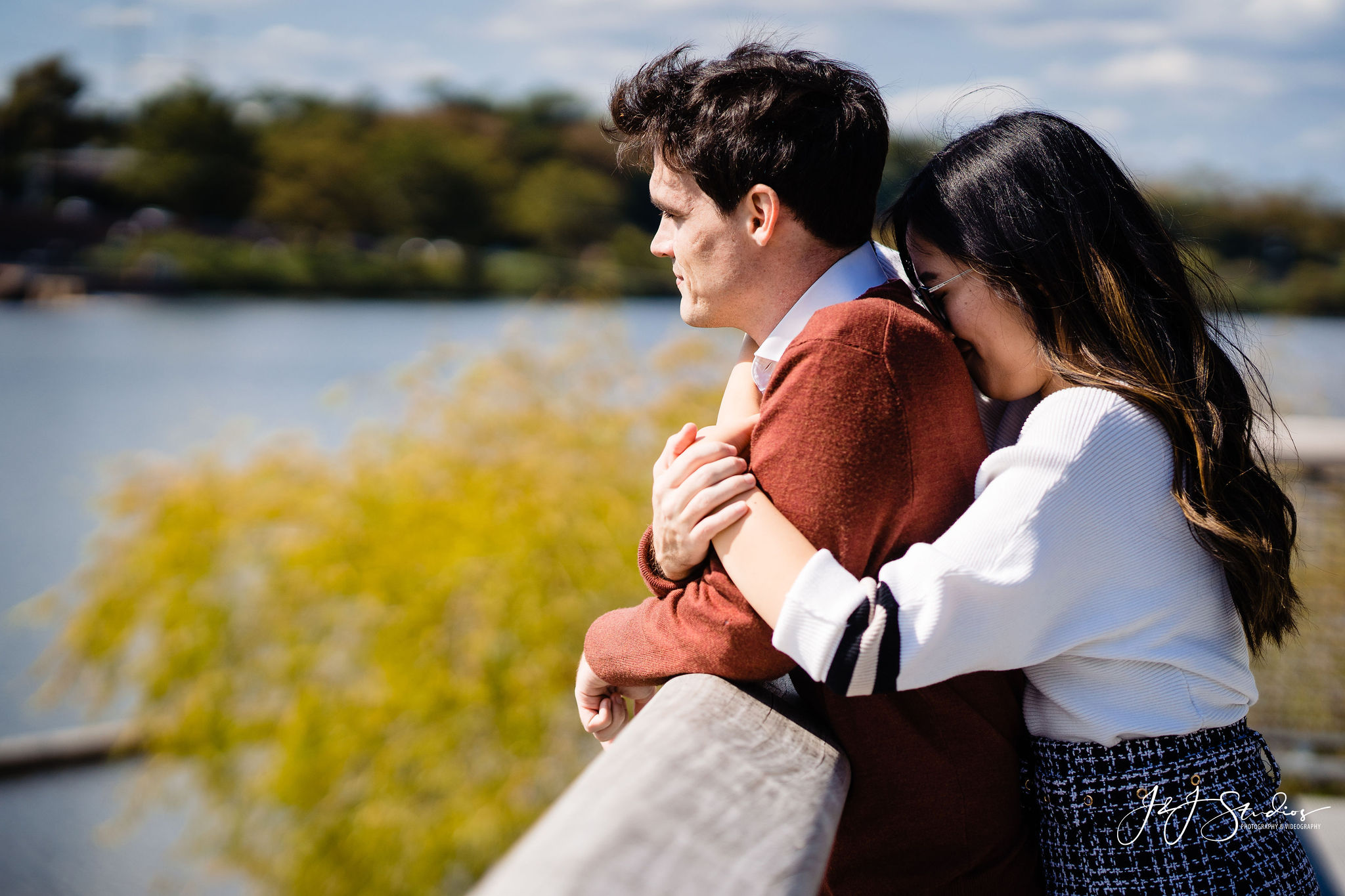 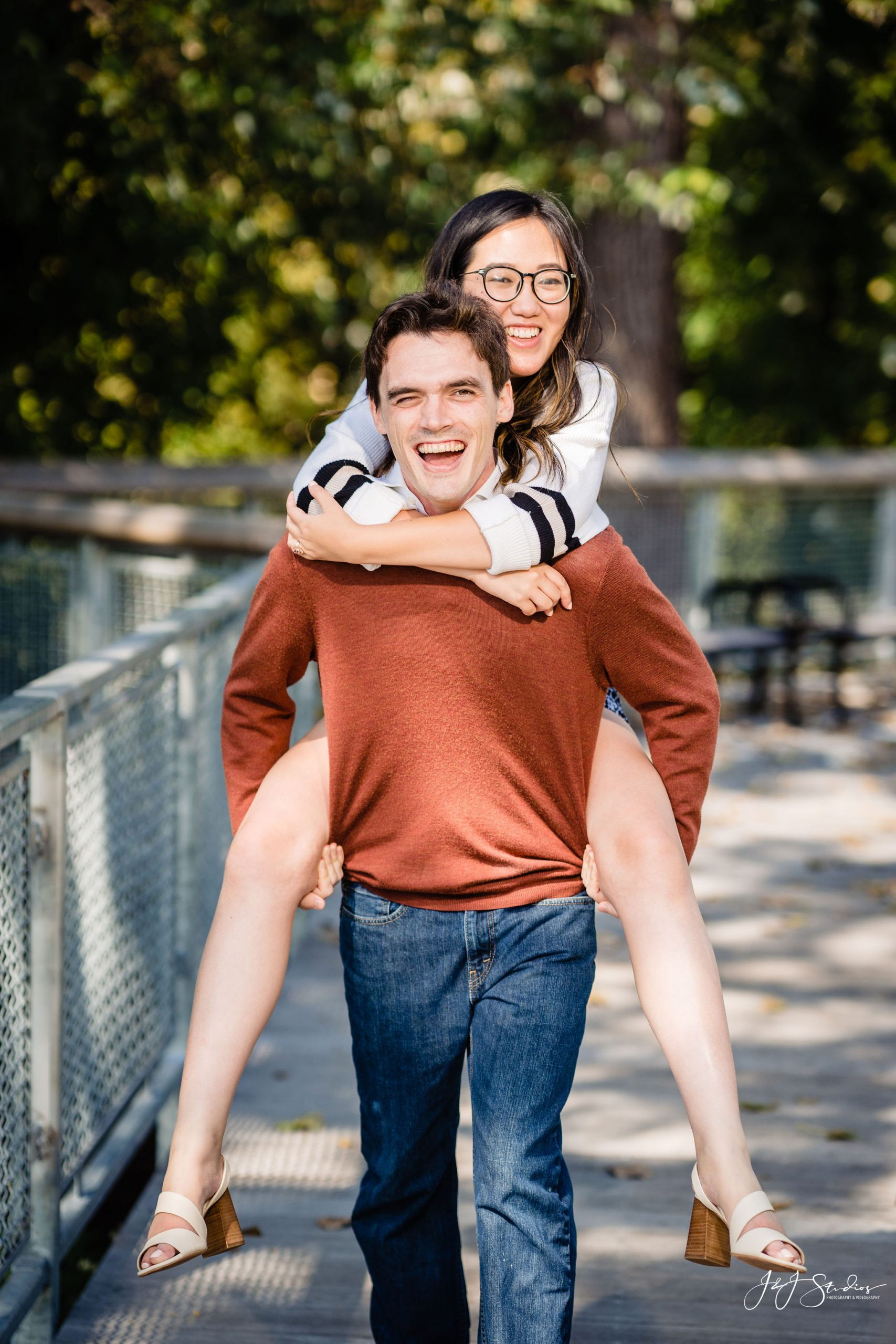 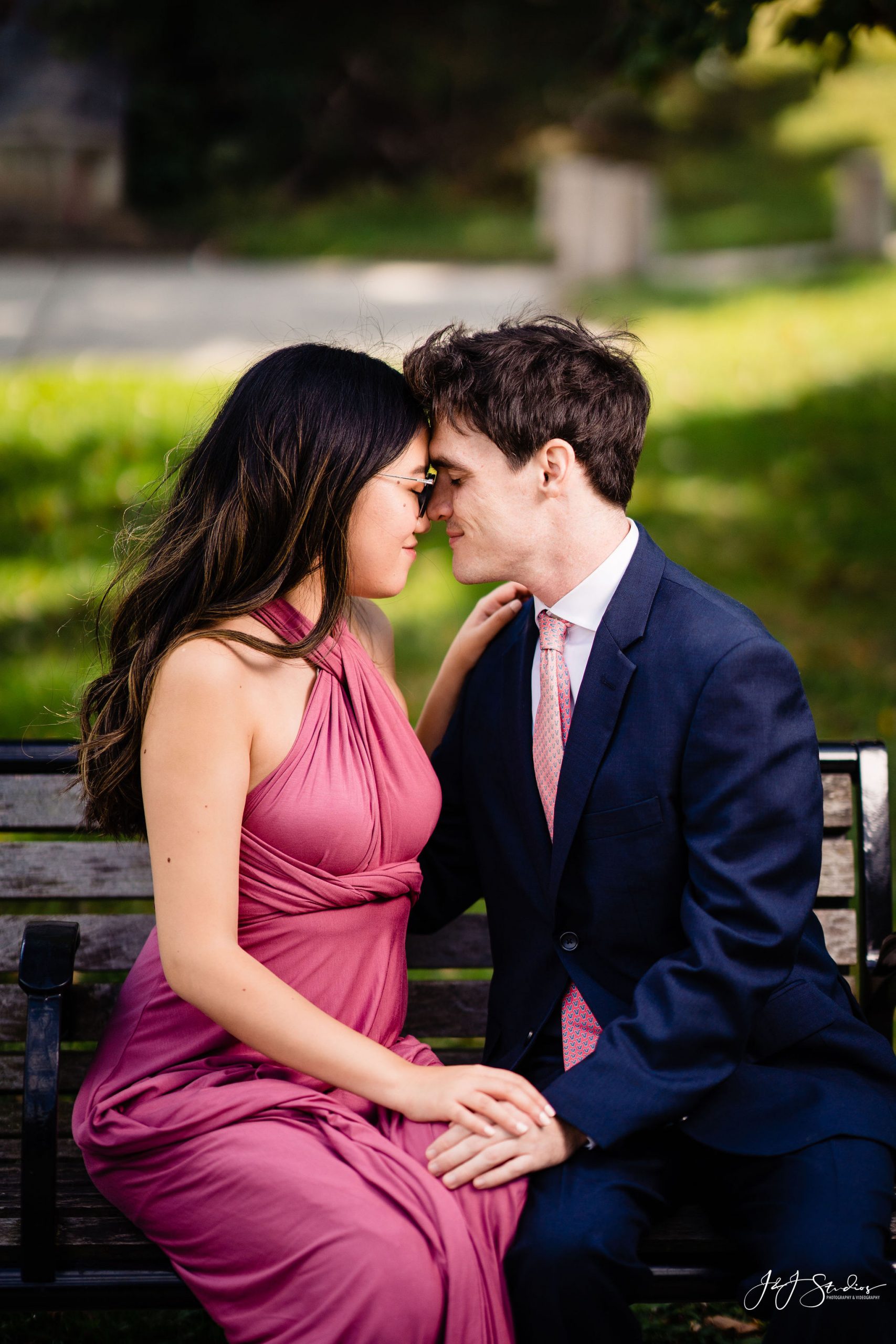 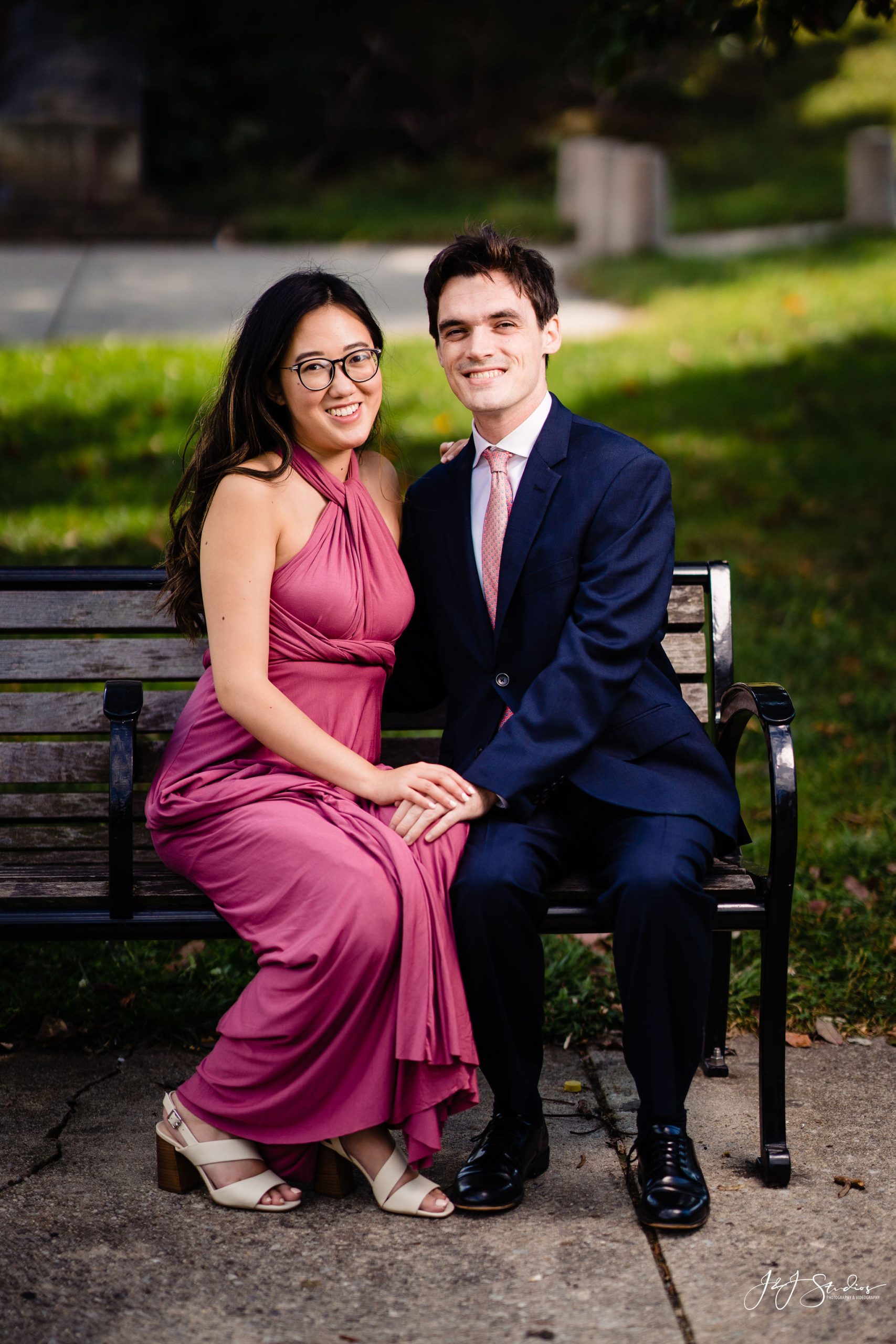 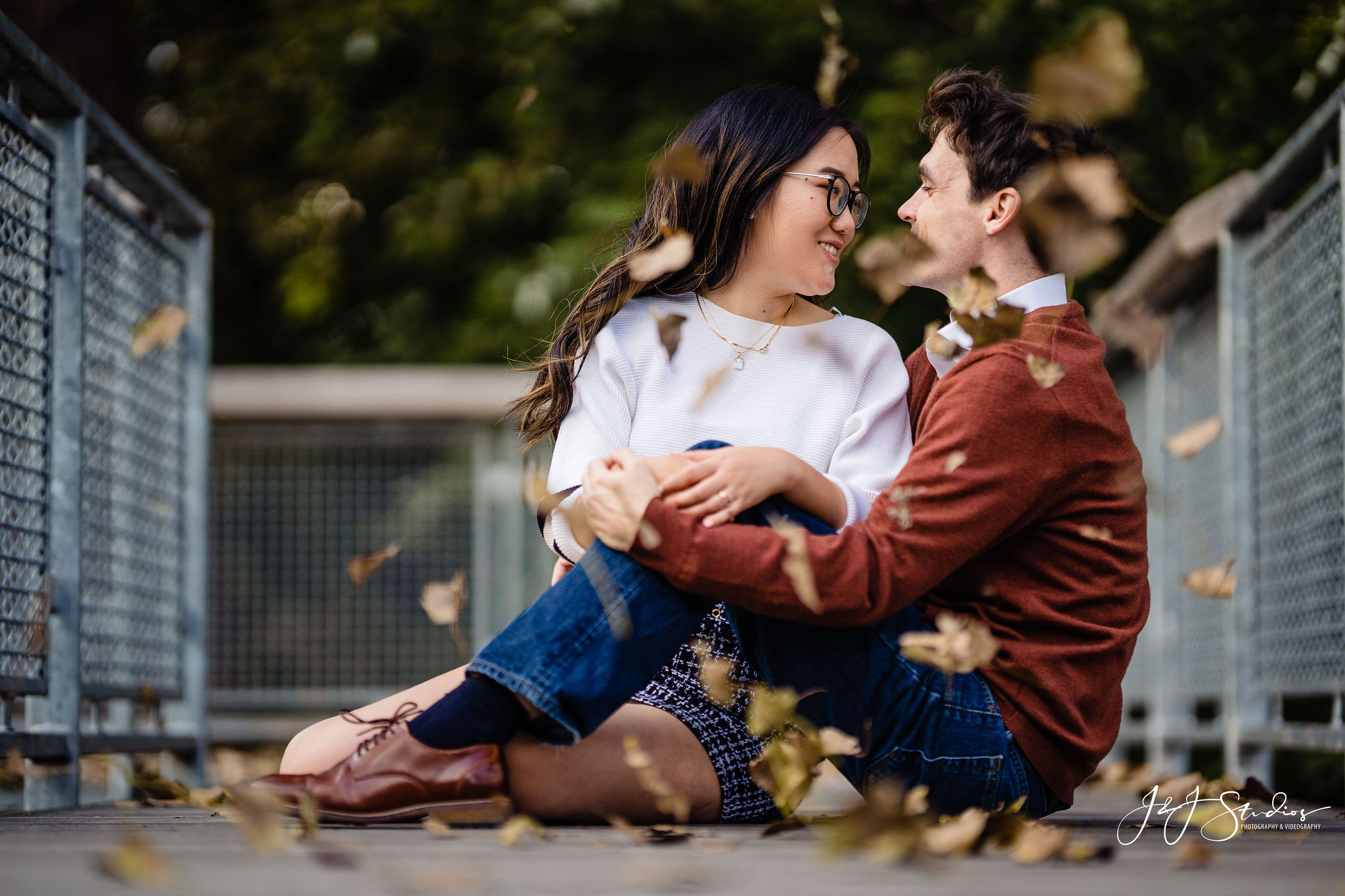 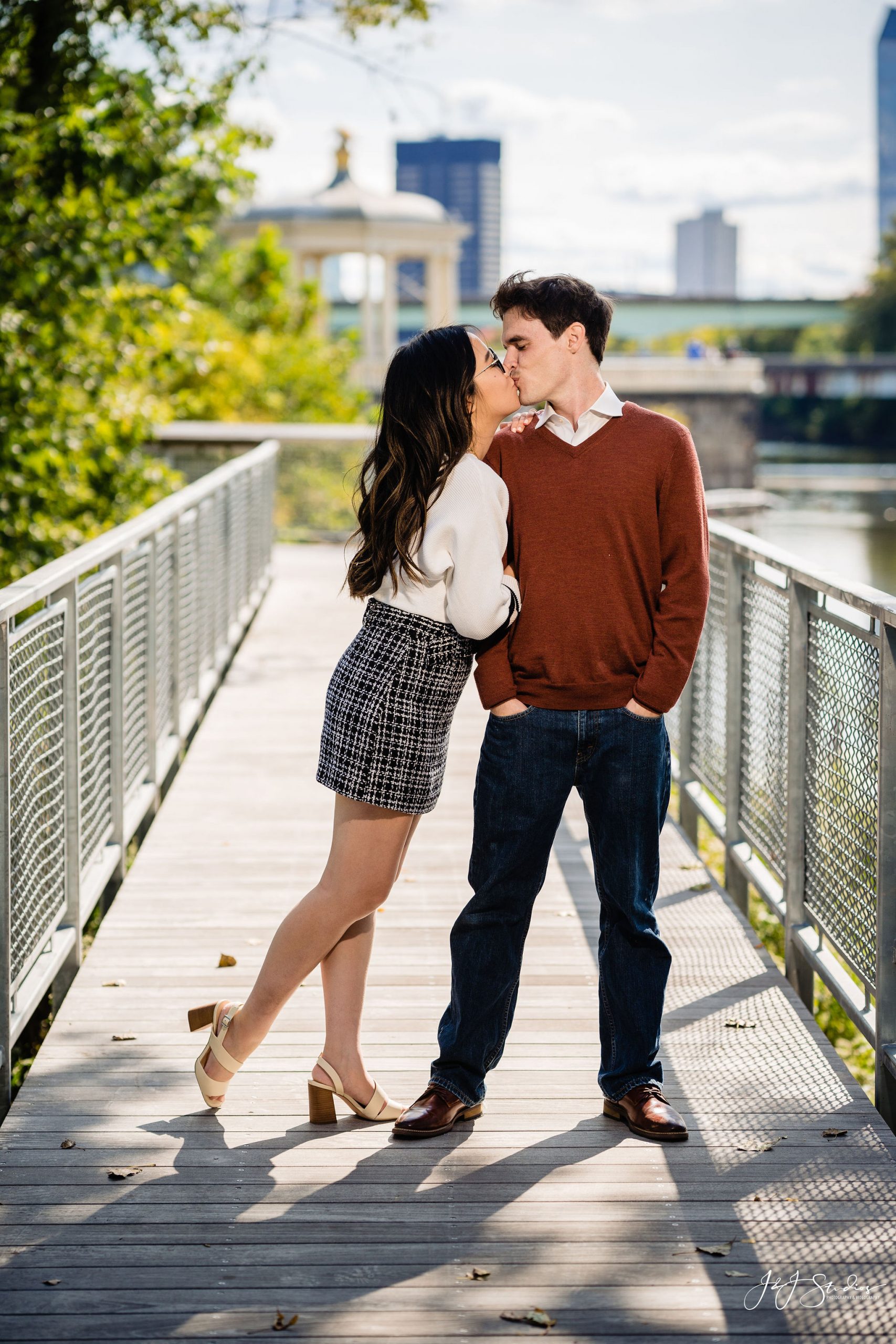 Book Us For Your Engagement Shoot

This is a big-time in your life. Professional and creative engagement photos are a great way to capture the feelings of excitement you’re having about marrying the person you love. Our team of experienced photographers can help you take stunning pictures that you’ll cherish forever. Contact us today to schedule a consultation.

“Through all time, I will always love you.” Co

Such a beautiful day for an engagement session at

Thank you to everyone who came out today and made

Jenny and Julio. When we got the news that Race St

Congratulations Jenny + Julio on your engagement

Congratulations on your marriage today Del and Kat