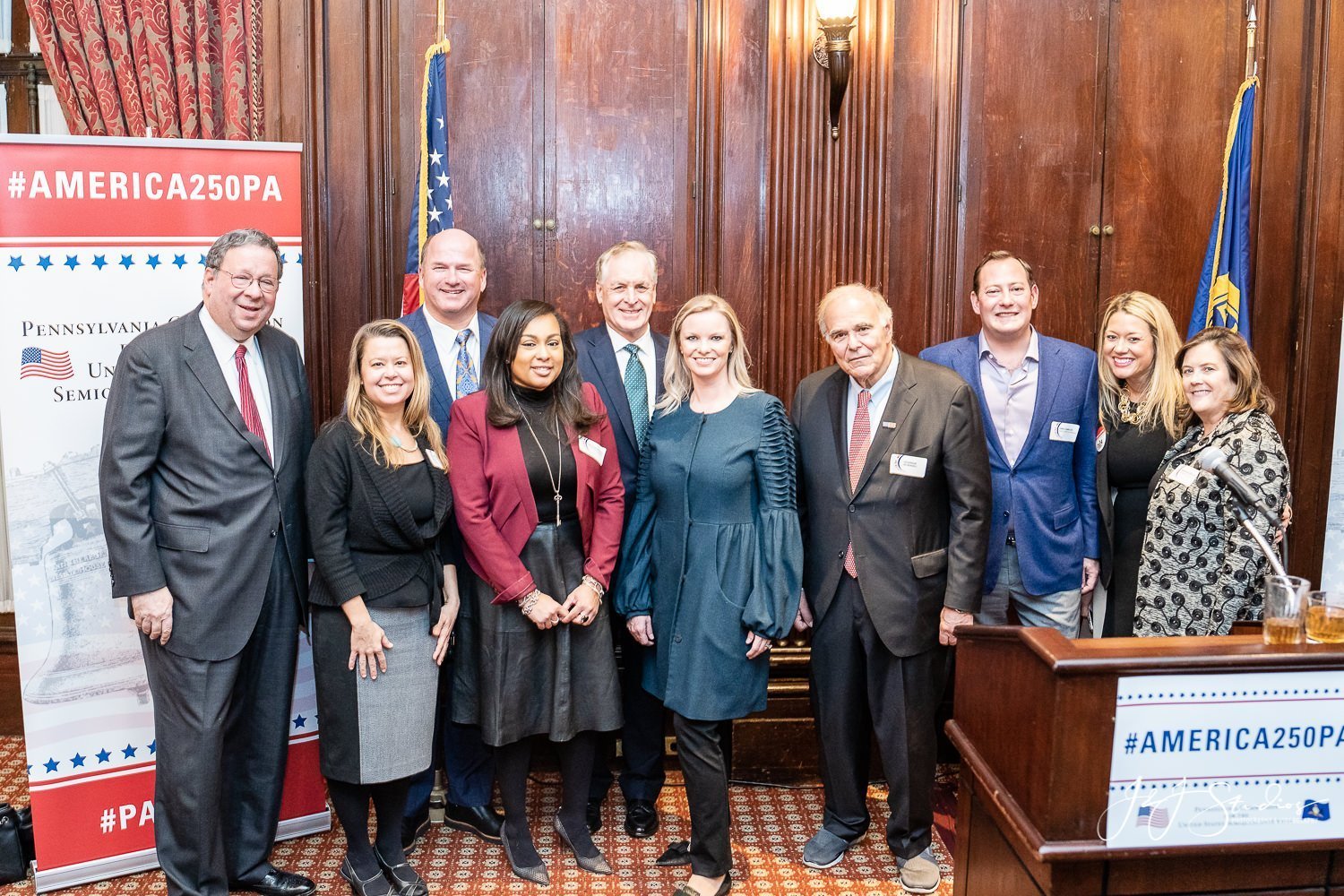 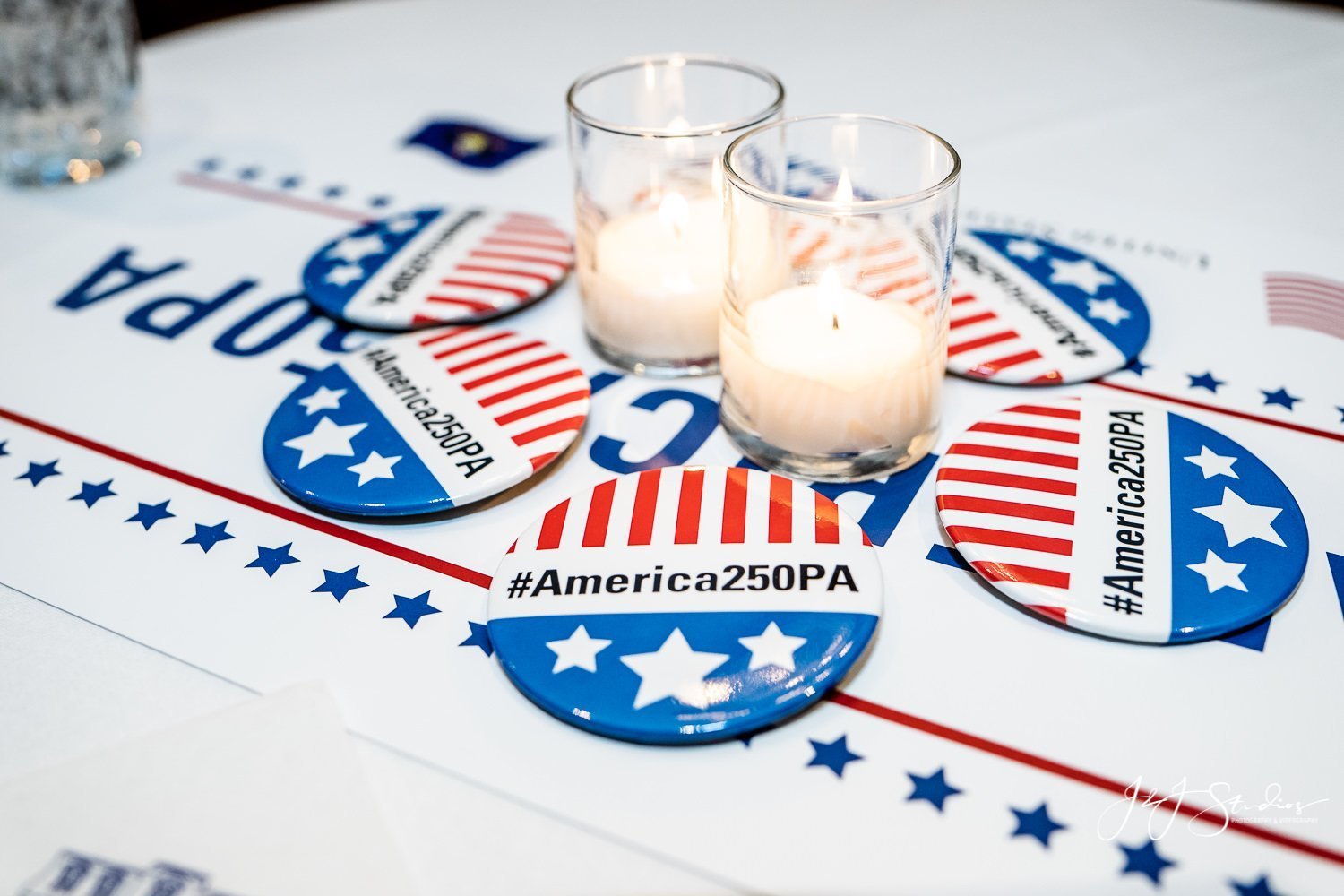 Some decorations and food from the event. 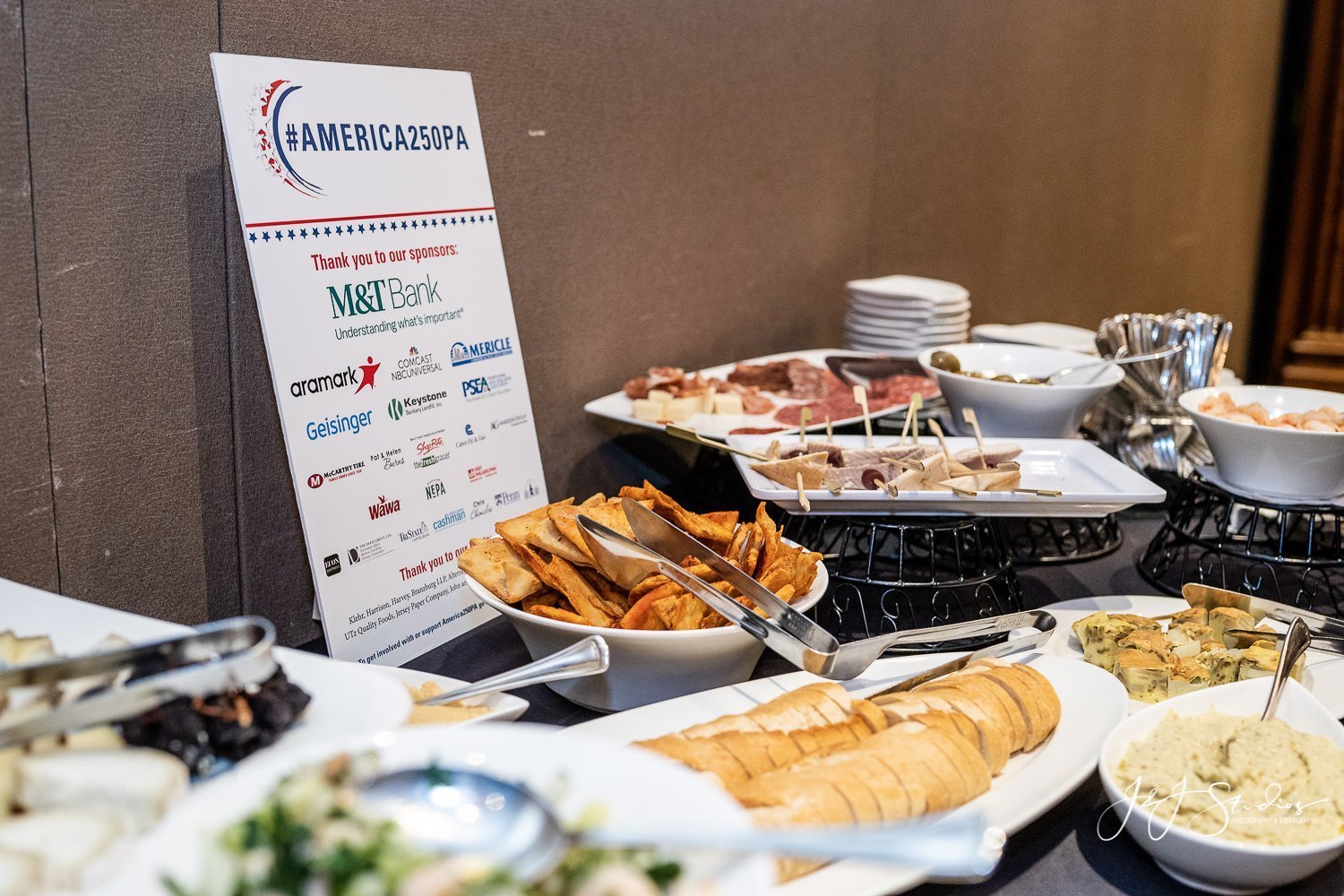 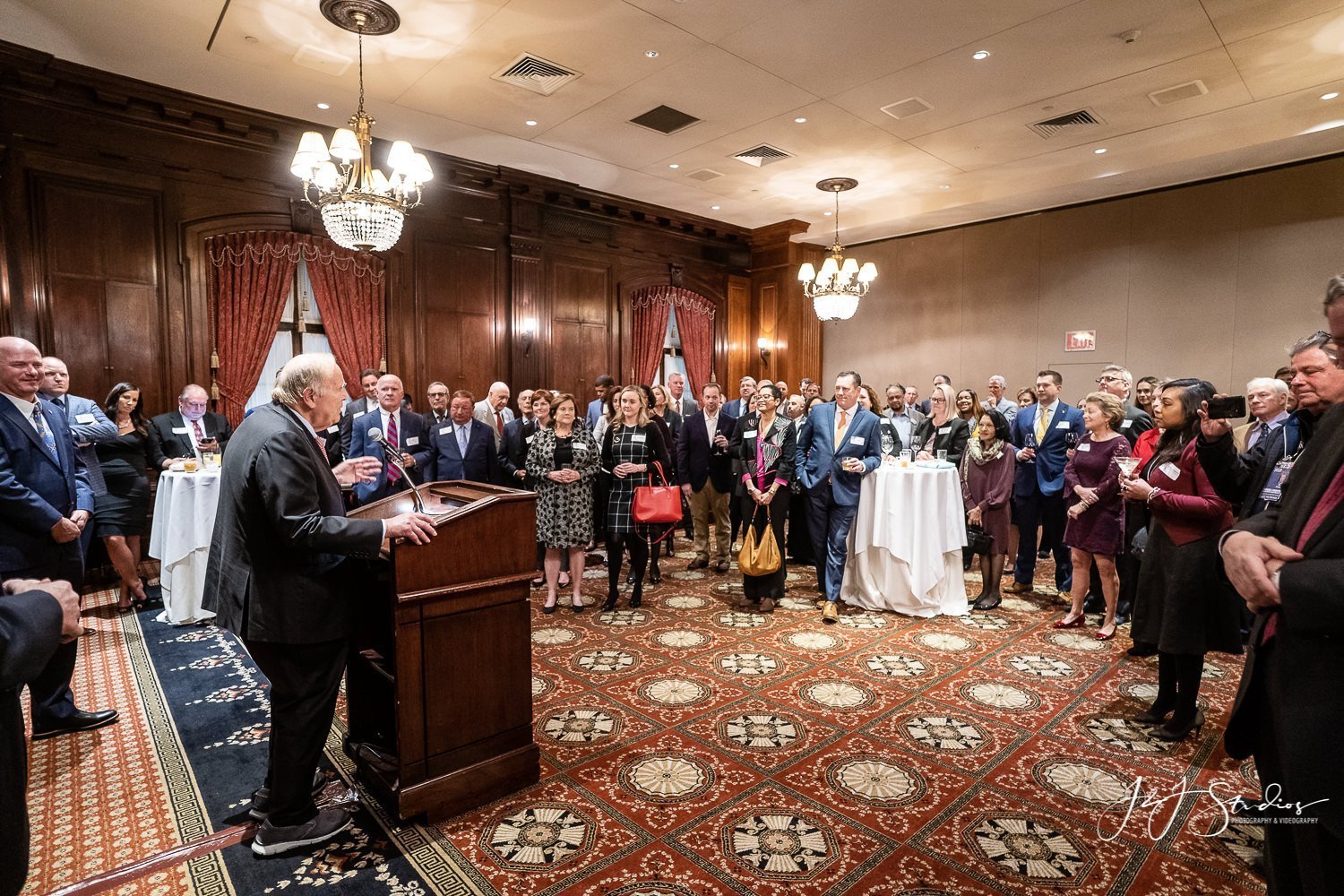 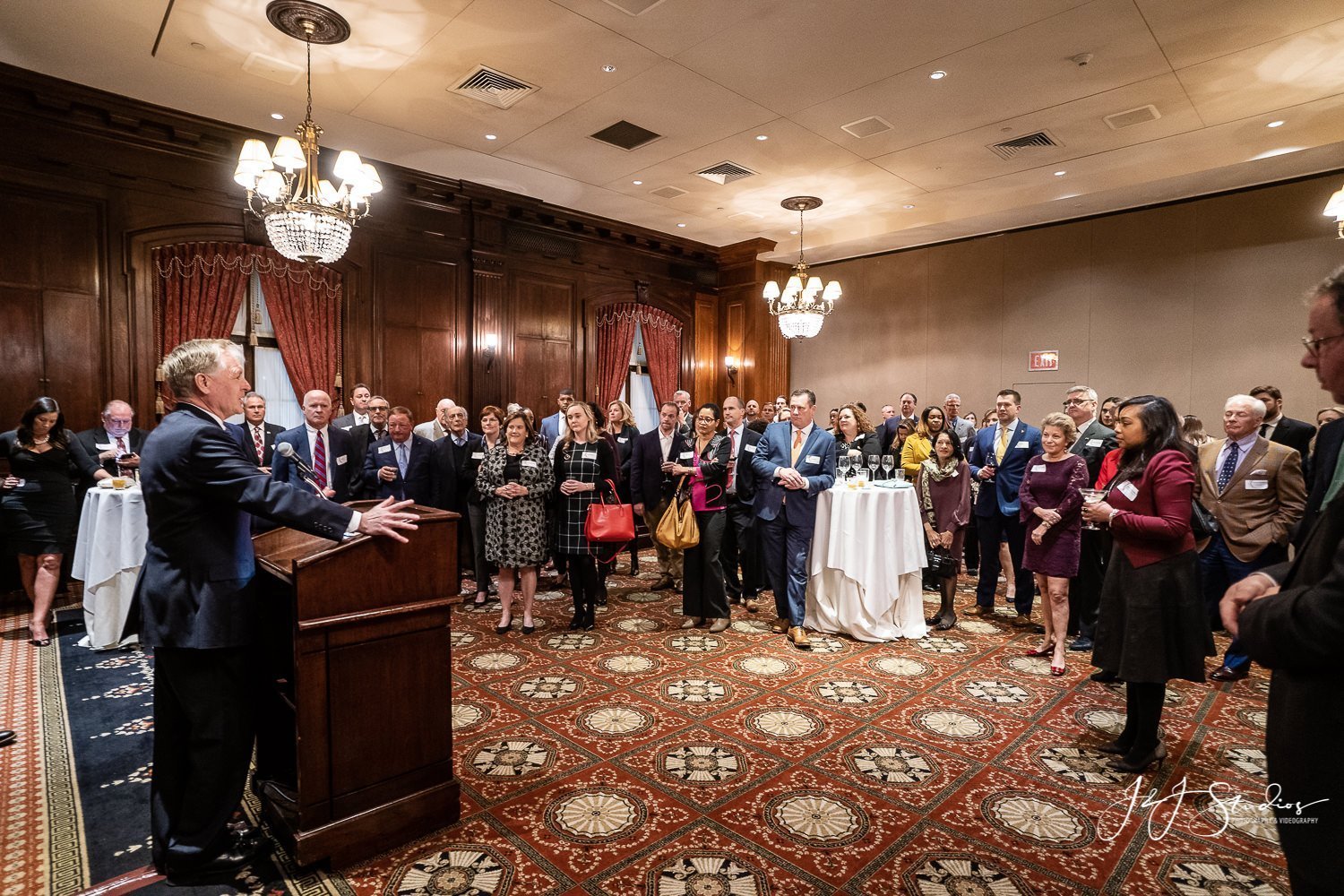 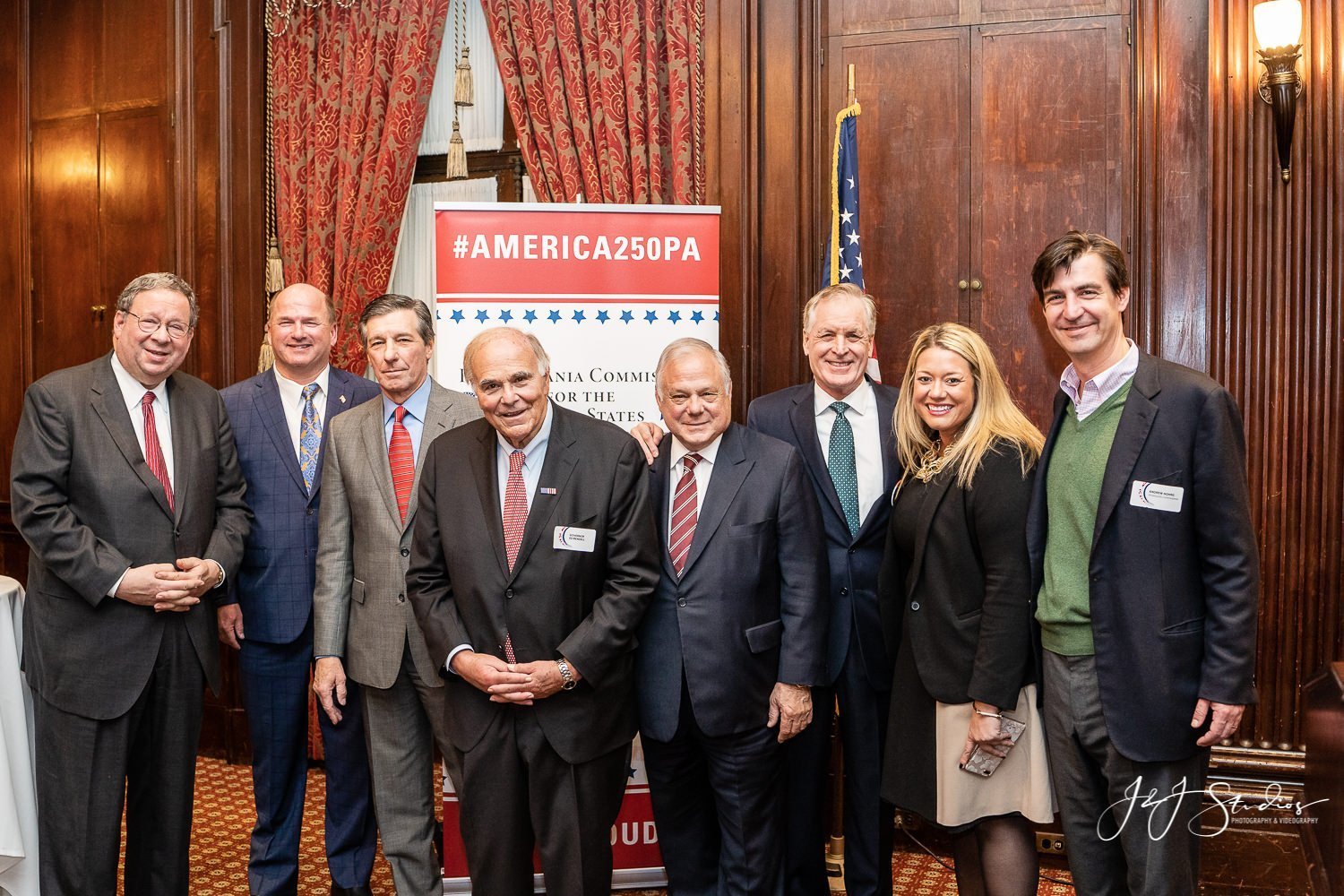 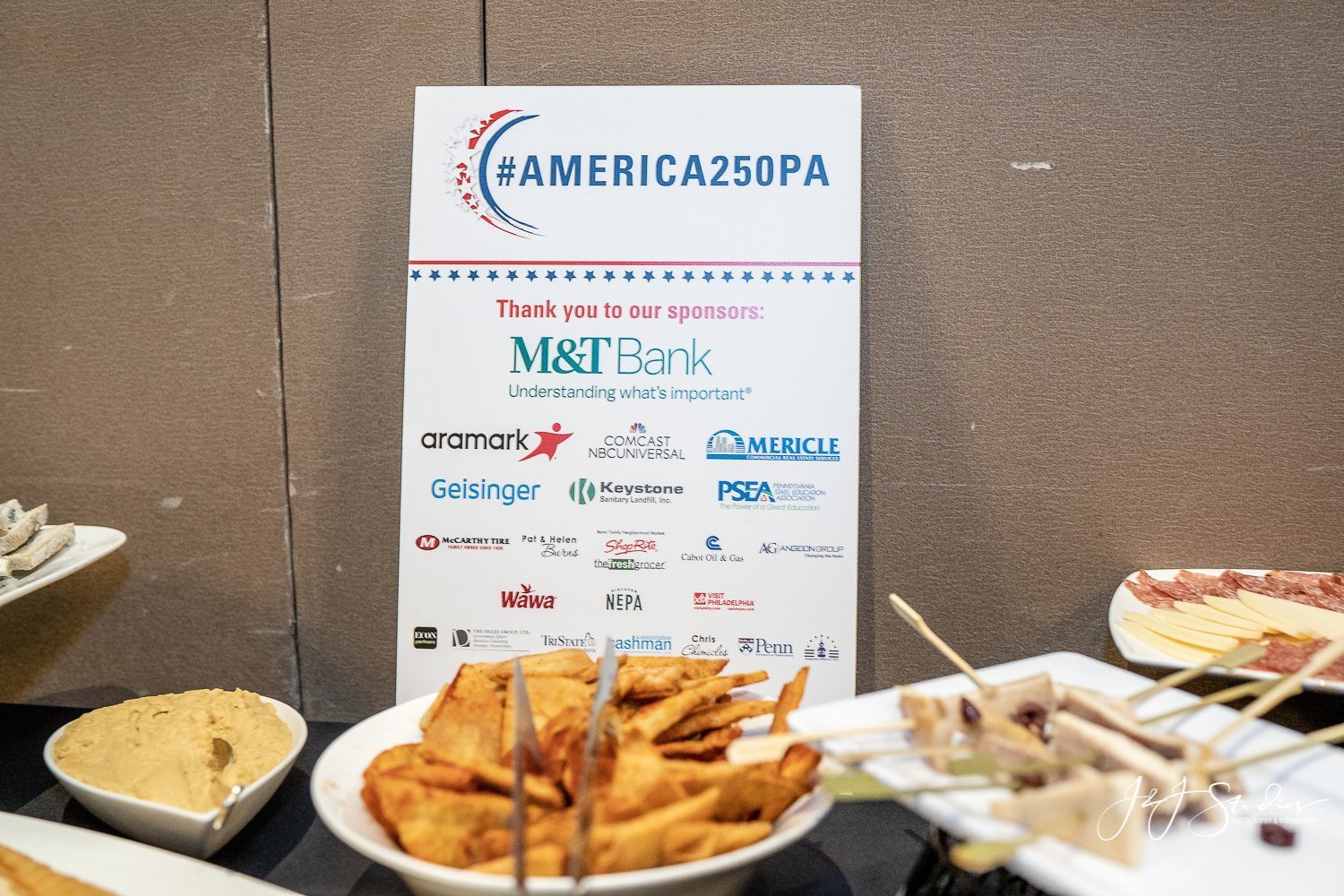 The main sponsors of the America 250 PA event. 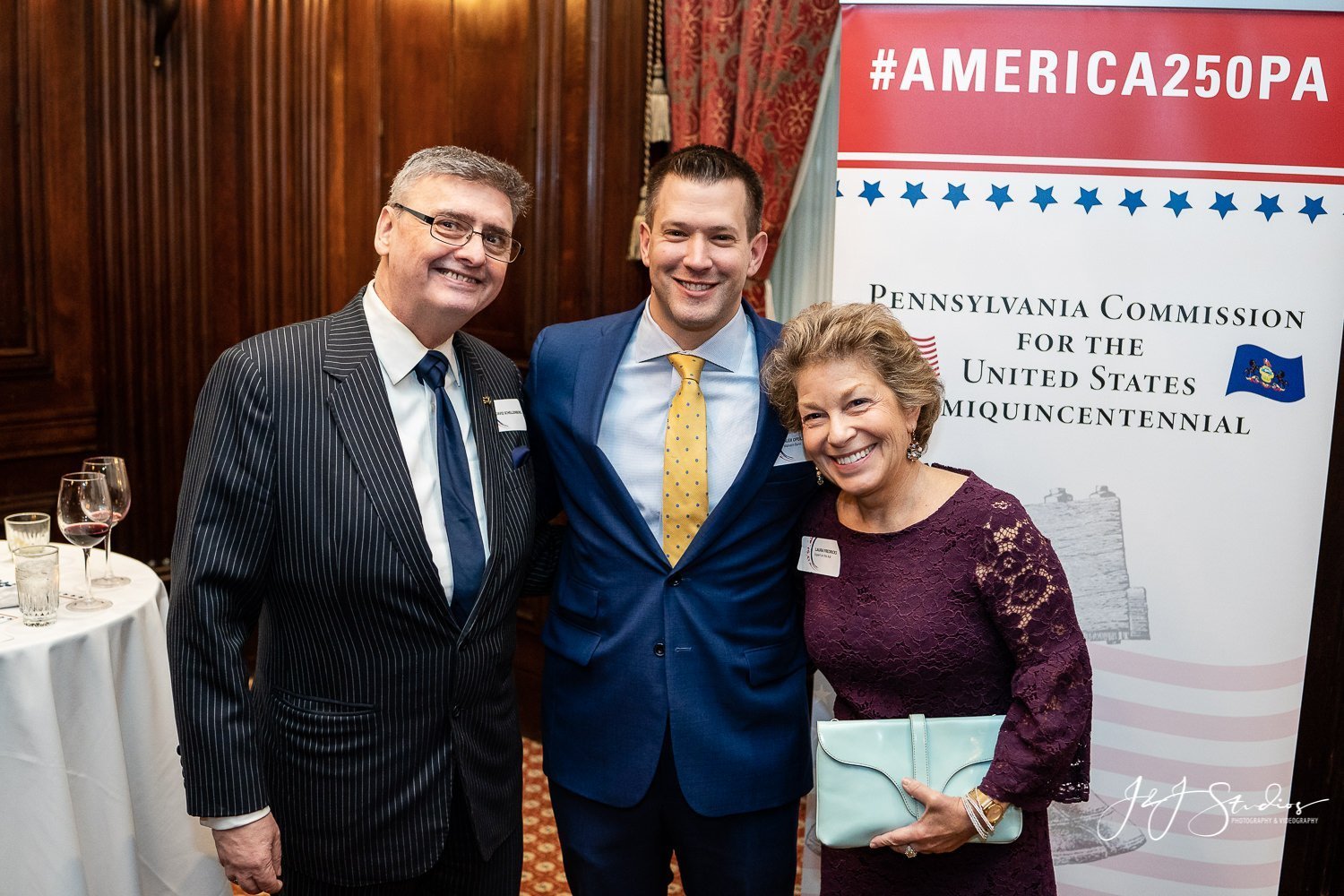 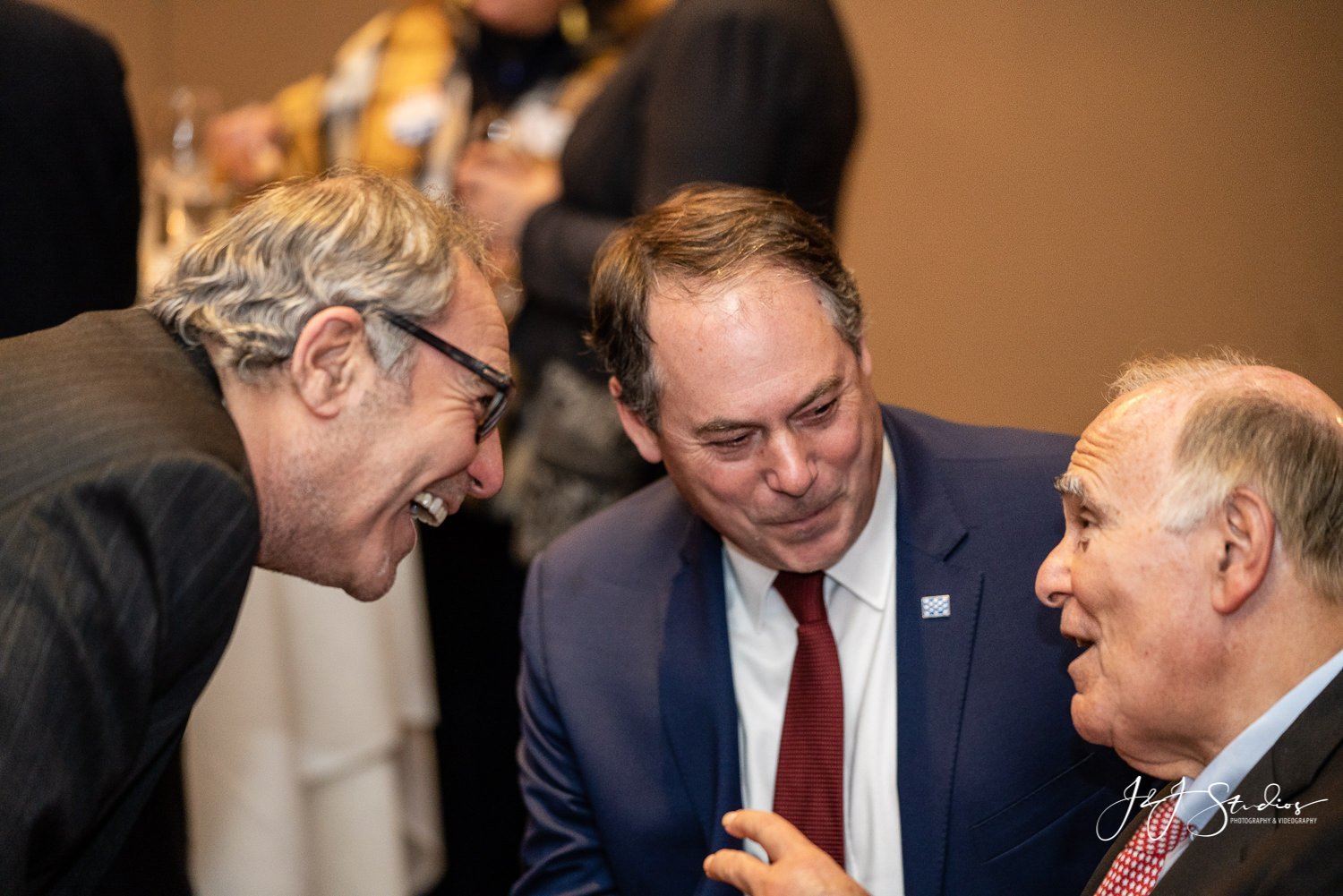 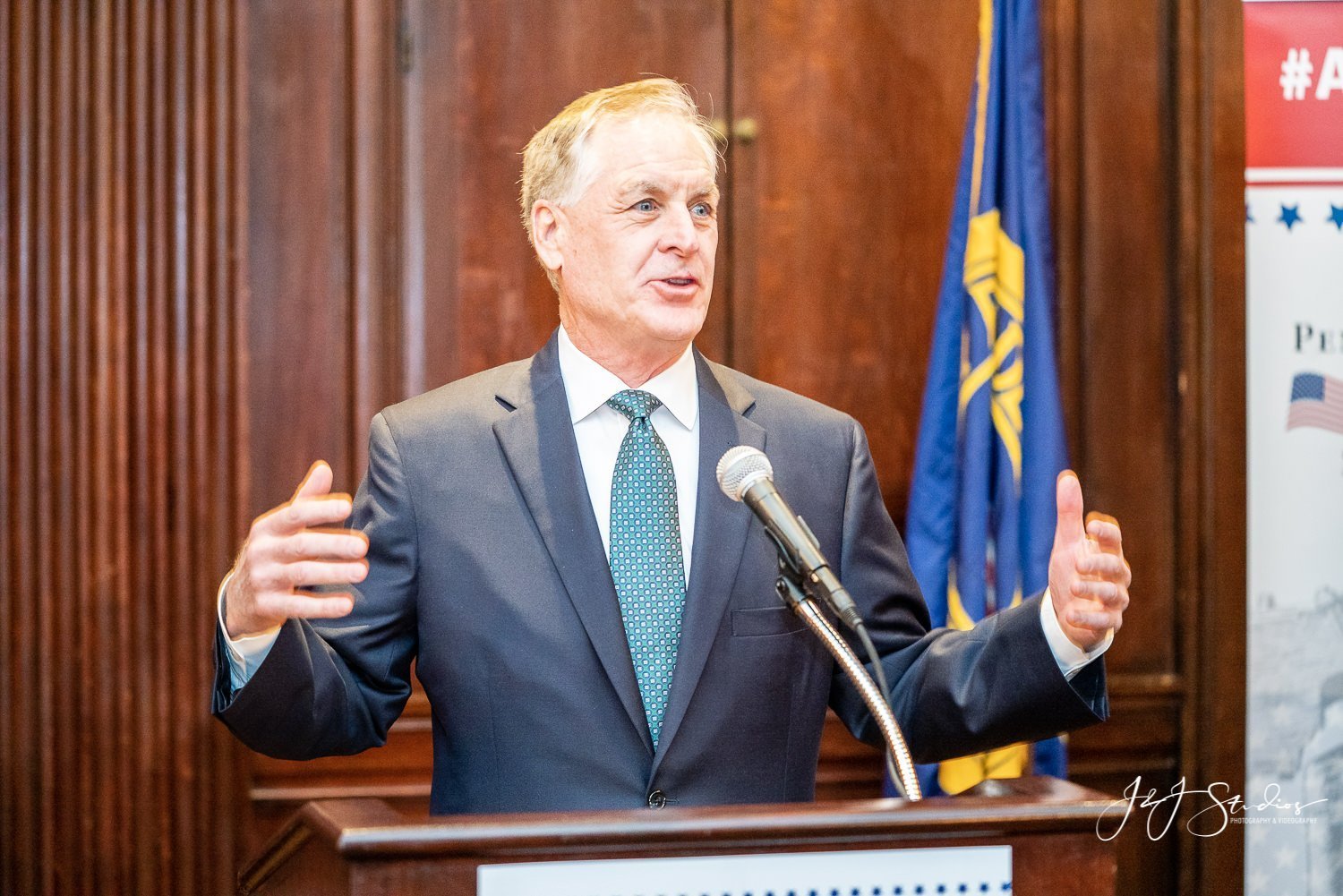 Mark Schweiker addresses the distinguished guests. Mark Stephen Schweiker is an American businessman and politician who served as the 44th Governor of the Commonwealth of Pennsylvania from October 5, 2001 to January 21, 2003. 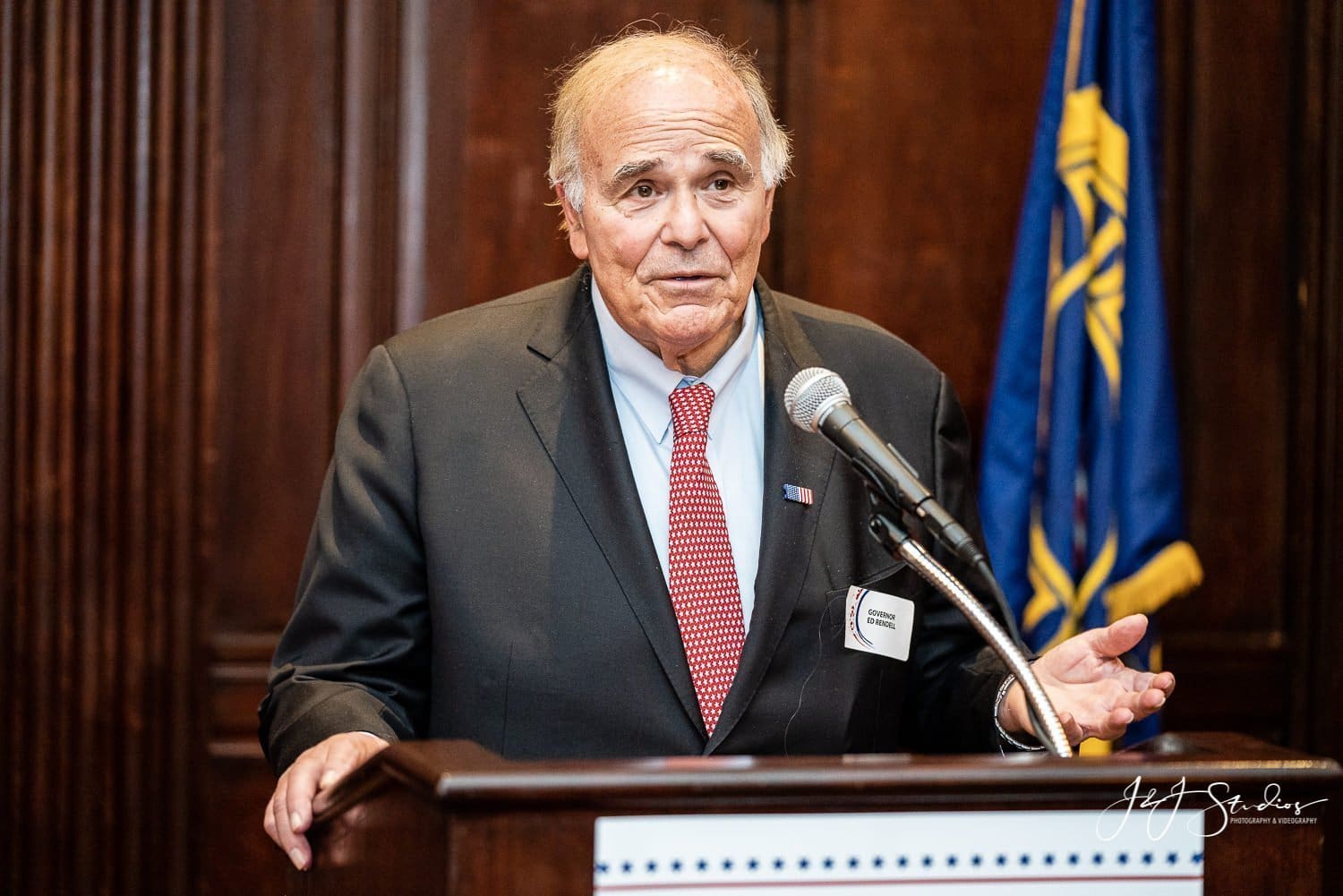 Former Governor Ed Rendell gives a keynote address. Edward Gene Rendell is an American lawyer, prosecutor, politician, and author. He served as the 45th Governor of Pennsylvania from 2003 to 2011, as chair of the national Democratic Party, and as the Mayor of Philadelphia from 1992 to 2000.

About the Author: As Philadelphia’s premier corporate photographer, John Ryan specializes in corporate branding, headshots, and keynote address photography for your business delivering clear, concise imagery that markets your message to your target audience.  John holds a prestigious list of VIP clients in the greater Philadelphia area in areas such as law, medicine and the major business industries of this city.

These two did not social distance. Congratulations

I will love you forever and always. Congratulation

Hannah + Jason, thanks for trusting us through the

Hannah + Jason rocked it in the rain tonight. Such

You lead me beside still waters. You restore my so

When I think of Elizabeth + Victor’s wedding, of

Ah the epic dip shot at the Merchants Exchange Bui

You light up my life. Archana + Rob’s engagement

Archana + Rob. I wanted to give my couple somethin

We shall be telling this with a sigh, somewhere ag

Love Gets Better Together. For our 3rd shoot celeb